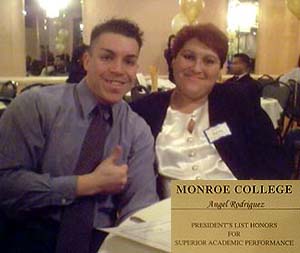 I dropped out of high school, most people don’t know this because I went on to get two college degrees, excel and do fairly well for myself. That’s generally not the path that a high school dropout takes but I did..

The funny thing is that despite my dropping out, I actually finished my Associate Degree faster than most of the people I went to high school with. See, I didn’t drop out because I was a fool and wanted to hang out in the street. I dropped out of High School because I was severely tormented by my peers and it was going to drive me to commit suicide or murder.

The amount of abuse I was receiving in school was enough to drive any sane person out of their minds. All forms of bullying sucks, but in the ghetto bullying takes on a whole different mindset. It’s not, “give me your lunch money” or “do my homework,” its being on the wrong end of a pistol for walking to close to someone, it’s having a blade put to your throat for looking someone’s direction, it’s 10 guys kicking the crap out of you while stealing your sneakers. It was rough.

Anyway, after dropping out I went to this program at the Bronx Girl’s Club for those who wanted to get some life skills and find a job. It was at this program that I met Mrs. Thompson who would discourage me from taking one of the jobs that they provided. Instead, she encouraged me to go to Monroe College for their 24 credit program.

That’s how I was able to beat my former high school classmates to a degree despite dropping out. After I finished this vocational program, I went straight to Monroe College and started attending college classes.

I think that time wise I started college around the same time that they might have been starting, but I took 6 classes every semester. Most students would only take 4 classes per semester. I was one of the very few students that they allowed to take that many classes based on really high performance.

I can’t quite remember if they initially made me take 4 or 5 to make sure I could handle it, but I took 6 as soon as I could and I aced them all. If I remember correctly, I finished in 5 semesters or something like that. It was about 2 semesters quicker than most students finished. That’s how I beat the students who graduated from the high school class I should have.

If you are wondering what the 24 credit program is, it is a program where the college will allow to start studying in a college curriculum, the same classes that high school grads would be taking, and after you earn 24 credits, the state grants you a GED. I didn’t even have to take the stupid GED test, I just earned it by demonstrating that I could perform at the college level.

If you dropped out and want to make something of yourself, it only makes sense to do a program like this if its available. I mean why would you waste your time taking a GED test prep program? You get a GED in order to get into college right? So then you could take that same time you’d be wasting getting a GED and be working towards your degree while simultaneously earning the GED! It really was a no brainer for me.

I had some friends who earned the GED and then left school and started to work. Why would you do that? It makes no sense to me, but hey, to each their own really. Who am I to judge?

One could argue that this Girl’s Club program saved my life, and if not, at a minimum it certainly provided me a much better quality of life. Upon graduation, my hard work and dedication paid off and I got one of the better jobs the school offered where I spent 18 years working between Midtown and Wall Street for one of the largest Investment banks in the world.

There are opportunities out there for all of us, even for high school dropouts like me! You just have to trust the guardian angels put on earth to guide you on your path. Mrs. Thompson was one of those for me, we are still in touch and I have expressed my deepest gratitude for her guidance back then.

The Gentrification of the Bronx.

There was a time in its history when the Bronx was considered a "good area." I say this because when Read more

Let’s talk about profiling and stereotypes!