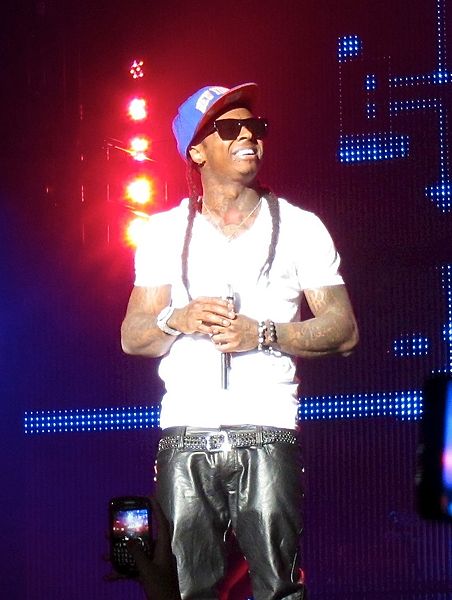 Any proud American is aware of the ridiculous stunt that the li’l man, Lil Wayne recently pulled with the American flag. After becoming the topic of much controversy, Wayne claims that it wasn’t intentional.  He said he was shooting a video and just moving around, and the flag just so happened to be there or something. There are several questions that I have about that garbage reasoning.

The first thing I did was watch the video several times over. I found that he’s not spitting at the flag, he’s not cursing at it, and he’s not stomping on it as some initial reports led me to believe. He does walk back and forth on it and he definitely steps on the flag several times, but it wasn’t what I expected to see after reading the headlines. Watching this left me feeling uncertain and doubtful. I was ready to destroy Lil Wayne online and I wondered to myself “did I overreact about this without all the facts”.  So I watched the video again, and again, and again, looking at all the angles. I watched the actions of those around Wayne, looking for ill intent and malice.

Here is what I concluded: the flag was not accidentally dropped. It appears clear to me that the persons holding up the flag let it go on purpose to a certain cue. No reaction was given, and there was no attempt made to recover the fallen flag. Wayne then continued his walking back and forth and moving around.

Do I think this was malicious? Probably not in the same way “others” have attacked our flag. Wayne doesn’t strike me as versed enough to really grasp the politics of what walking on the flag really means. My opinion is that he knew it would spark outrage and piss people off, so he went with it to see what happens. Also I imagine he probably thought it would bring more publicity for his new “Amerika” video. Think of it this way, if not for that stunt, I wouldn’t know about the video.

Do I agree with his actions? As a music artist, and an American, I’ll say absolutely not! He’s an idiot and there are better ways to get attention.

This reminds me of the hypocrisy displayed by that radical nut, Charles Barron. His views about the flag, the pledge of allegiance, race, and politics overall are extreme. Extreme in a stupid racist way. That guy refuses to salute the flag, he wanted to slap a white person, he defends the actions of radical leaders, yet he is an American law maker. How does that work? That doesn’t make a lot of sense to me. But at the end of the day, look at the fools that vote for him.

On another note, not surprising were some of the comments that I saw on my social media feeds after putting up a few articles about Lil Wayne and his stupidity. “It’s just a piece of cloth, Angel,why do you care so much?”

Meanwhile these are the same people that will call me a racist or ignorant if I ask a question about a foreign flag. Our flag is a symbol of this country, many have died fighting for that flag and what it represents! Lil Wayne and those people would do well to remember that! God bless America!