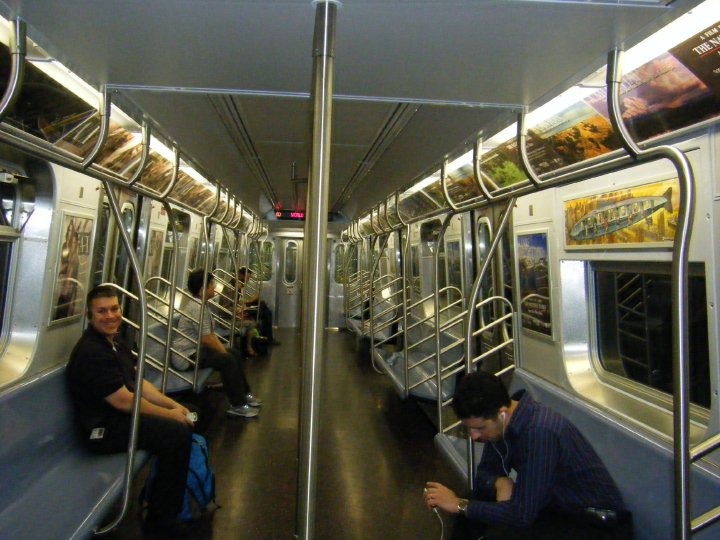 My wife and I were riding the subway to her Gracie Jiu-Jitsu class today. We had to transfer at 7th avenue for the D train. As we walked to pick out our standing spot, we saw that a little further down there were some kids making a ruckus as these young knuckleheads tend to do. So, we stopped a bit short of where they were.

I don’t know what their intentions were, but I saw them continually looking in our direction, and they eventually made their way over to where we were standing. One of the idiots sat down on one area in front of us, and the other one was pacing around on the other side of us, spitting and rapping some decent bars.

In any case, we both had our Gracie Jiu-Jitsu bags and I was also wearing my BJJ logo sweatpants. I wonder if they had bad intentions and upon noticing that we were both training, decided to stand down? That is a possibility.

There is also the chance that they thought my wife was alone and then they saw that she wasn’t. You folks know how the Asian community has been targeted of late. Actually, to protect against this exact type of scenario is why I am out in the city with my wife so early on a Sunday.

Finally, the other possible scenario is simply awareness. I looked at both of these guys in the eye and let them know that I see them. We didn’t book it or move away from them because fear usually triggers the predator response. We just stood there and continued our conversation while being completely aware of their movements.

It may have been nothing, but they were acting quite suspect and its better to be safe than sorry. If my wife were alone, I told her that she should never go in that deep into a subway station during a solitary time such as today. Stay in the middle near the stairs and people. This way you have multiple escape options.

I don’t believe that most people would help you as should be evident based on what happened last time when she was attacked. Even the cops were unwilling to help. But I believe that if you have more people around the odds of someone being bold and initiating a robbery or attack are less. Furthermore, then you also have the herd mentality, more people, less odds of being targeted.

I sometimes think that the logos could be a deterrent as they indicate to a would be attacker that at a minimum you have some form of training. They really don’t want a prepared target. They prefer to catch someone who is unaware and less likely to fight back.

On the other hand, I sometimes wonder if wearing a logo invites someone to test themselves against you. I think that in these scenarios its a better choice to try and provide the deterrent than to worry about the guy who wants to test you.

I don’t know if I’m right on this, but I feel that it is better to tilt the odds in your favor. Criminals want easy victims. So what are your thoughts on this? Do you have any tips for Subway Survival in NYC?