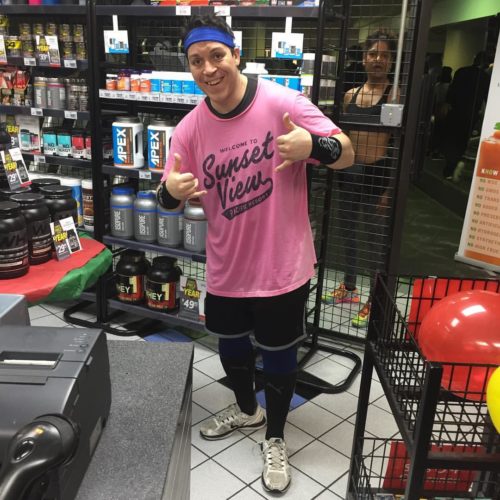 Are you comfortable with your sexuality? I like to think that I am. Sometimes I’ll make a comment about a man having sex appeal. I’ll say something like, “That dude right there is one sexy motherfucker.” Some dudes react weird to that, they get awkward and say something like “You still in the closet bro, you mad gay.”

I’m trying to help these fools understand that acknowledging another man’s sex appeal doesn’t compromise your tender masculinity. In fact, I know some gay dudes who are way more masculine than these idiots are by their own definition.

If you didn’t personally know me, and you took one my Zumba classes, it’s possible that you’d suspect that I may be gay. This is because as I dance, I do some things that in our society are perceived as only being done by gay men. I’m challenging those notions. I’m not gay, I do those things, and your girlfriend is in my class. She’s very comfortable with me and even wants to hang out with me, yet you are over there thinking I’m gay. You keep on thinking that, and I’ll keep chilling with your girl.

I’m so comfortable with myself that I’d even hit gay clubs with my ex and her bi friends a few times. I stopped going to those places because some of them dudes didn’t know how to behave. I had my butt grabbed, my body touched, and I was once even licked on the neck from behind by some dude. Even though I’m a fairly comfortable dude, I didn’t like that too much. Straight men can’t go around licking any woman we are attracted to, so I don’t see why the rules should be any different in the gay community.

Curious, I asked the one guy what made him think that it was safe for him to lick me that way? What made him think that this was an okay thing to do, and that there wouldn’t be any consequences now or even later? He said “Honey, you are the one who willingly came to a gay club, what did you expect would happen? Also, you don’t have that dangerous energy or vibe emanating from you. I felt safe doing it.”

In his mind, my being there meant that I was gay and that it was all good for him to lick me without my consent. What the fuck man? Seriously, and I’m not at all kidding when I say this, where I come from, you would straight up get killed for something like that. I mean that sincerely, I knew dudes that would beat the shit out of you for even looking at them in a “gay” way. According to the street rules from where I grew up, I was supposed to murder this guy for his transgression.

Obviously I didn’t do that, and to be honest I wasn’t even that angry. I was slightly bothered and felt that it was inappropriate. Clearly he crossed the line with his actions. Then his response further exacerbated the fact that he didn’t even realize that he was wrong.  Though I didn’t do anything to him, or any of the individuals who felt it was okay to touch me, I decided that it was in everyone’s best interest that I remove myself from that environment as I don’t take kindly to any strangers licking or touching me without permission. It’s very disrespectful and these individuals are lucky that I didn’t allow my past to define me. Otherwise, I’d probably be fighting off rapists in prison, and they’d be six feet under.