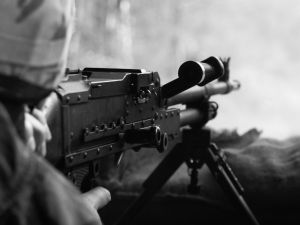 If only the National Security Agency and the IRS would have shared with the Army its techniques for monitoring what Christian organizations are saying.

Maybe then the Army would not have labeled the American Family Association a “hate group” and put its military brass in the position of having to backtrack from their stated position and face possible legal action.

As WND reported Tuesday, a soldier at a Mississippi base presented evidence to media that an Army presenter at a briefing identified AFA as a “hate group,” because of its stance on homosexuality and marriage, according Fox News Radio’s Todd Starnes. Army spokesman George Wright confessed the information was “acquired from an Internet search.”

Wright said the information about AFA “did not come from official Army sources, nor was it approved by senior Army leaders, senior equal opportunity counselors or judge-advocate personnel.”

But Tim Wildmon, president of AFA, one of the country’s largest Christian ministries, said the issue is not resolved.

“We are probably going to be taking legal action. The Army has smeared us. They’ve defamed the American Family Association,” he said.

“The blatantly false ‘hate’ allegation is coming from the Southern Poverty Law Center, which is now a thoroughly discredited source on any subject, especially hate,” Fischer wrote. “In fact, for spreading malicious lies about pro-family groups, SPLC belongs on its own hate group list. They’ve made a despicable career out of using lies, distortions and innuendo to whip up reckless and dangerous animosity against groups which defend the values of the Founders.”

Fischer said the “real hate group here is the SPLC.”

That isn’t news to anyone familiar with the attack on the Family Research Council headquarters in Washington, D.C.

The convicted assailant, Floyd Lee Corkins, he chose to attack FRC because the organization was listed as an “anti-gay” hate group by SPLC on its website.

FRC promotes traditional Judeo-Christian beliefs about the family and homosexuality, but SPLC claims the organization’s “real specialty is defaming gays and lesbians.”

Corkins, a former volunteer at an LGBT community center, pleaded guilty to terrorism. It was on Aug. 15, 2012, when the heavily armed Corkins walked into FRC headquarters and began shooting with the intent of killing “as many people as I could.” He managed to shoot and injure just one person, facilities manager Leo Johnson, who is credited with heroically stopping the attack.

The Army and their war against God loving people. http://t.co/dmiVY3I4lh