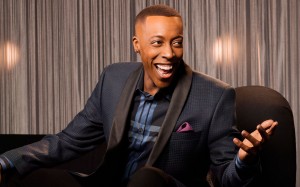 During a recent interview, Kanye West attempted to use Arsenio Hall as an example of some type of racism. The clam was completely ridiculous and Arsenio Hall agreed. Before I continue, I just want to say that I find no joy in talking about the moronic and regularly incoherent musings of Kanye West. But loud mouth, known-nothings like him need to called out more often because unfortunately, kids do look up to this dunce.

“I can use my voice but what happens if you don’t buy no other albums?” Kanye told The Breakfast Club in New York City. “Then they can say he was like Arsenio Hall and he was turning up too much and he got fired. But when you got money nobody can fire you.”

Yea… incoherent. Let me translate. Kanye was using Arsenio Hall’s departure from late night television in 1994 as an example of what happens when you speak out too much. And somehow that was tied to racism.