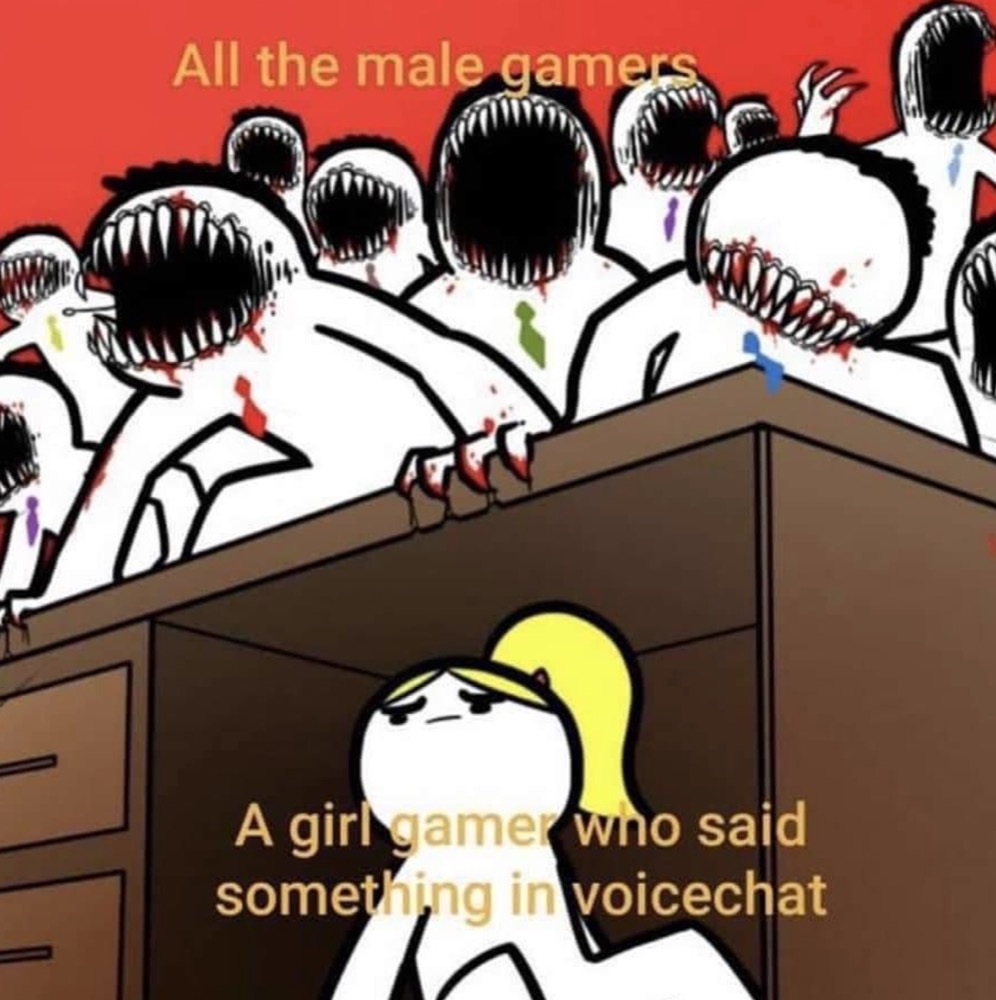 The meme above isn’t entirely accurate, it’s not all males, but I don’t quite understand why some guys become so toxic and aggressive once they hear a gamer girl speak in the voice chat. I’ve seen it time and time again, the minute a gamer girl says something, some of the boys start to talk crap to her. They’ll throw all kinds of insults, from accusing her of hacking to being trash. It seems like they feel a strong uncontrollable urge to be rude to women when they are gaming online.

It’s like everyone is joking around, dissing each other, laughing or whatever, but the moment a woman speaks, some lose their minds and become really hostile towards them.

I’d sort of understand if they were getting hit on, many of these guys are young, so it stands to reason they might dork out and not know how to talk to a girl. I’d equate it to pulling a girl’s hair in grade school if you like her. If you don’t know how to engage, you act up.

However, I find it baffling that somehow they might think that cursing at them, attacking them, or otherwise belittling their gaming ability somehow gains them favor? Oh, and don’t get me started when the woman is good at the game and actually beating them. They really lose it then.

Sure, some of you may think I’m simping here, but to what end? I’m a married man, I’m old as heck, and I ain’t going nowhere near no gamer girls. I’m not looking to impress or get down with anyone.

Honestly, I gain nothing by simping. I’m not tripping about something simple. This is not a simple thing, it’s pretty nasty and says a lot about a guy. What kind of man feels the need to attack a woman, online or in person? I just don’t understand why boys are moved to cursing and insulting someone online once they realize she’s a female?

Can anyone who’s been in the scene longer than me offer some insight on this? It just makes no sense to me. What’s the objective?