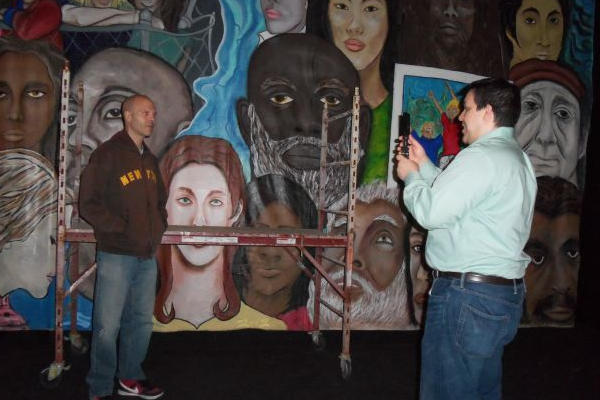 NYCTalking was granted backstage access to the off broadway production Broke Wide Open starring Rock Wilk. As a writer that has already seen the show, that personally knows Rock Wilk, this look behind the scenes was really an awesome experience and a first for me.  You have to get out and support this amazing one man production. Following is a no holds barred, in depth look at Rock’s Broke Wide open process. If you’d like to read my review on the show you can check that out here!

You may also want to note that Rain Pryor is now the lead producer for Broke Wide Open. She has already facilitated appearances on the Huffington Post and PIX 11 for Broke Wide Open.  You can catch Rain at her own show “Fried Chicken and Latkes” which Rock also happens to love! For more information on Rain and her own work as well as her work with Rock check out her website RainPryor.com.

Thank you so much!

[…] and there.  Mostly after her becoming involved with my buddy Rock Wilk’s production “Broke Wide Open” which she produced along with his 500 names family. I remember thinking “Woh, Richard […]