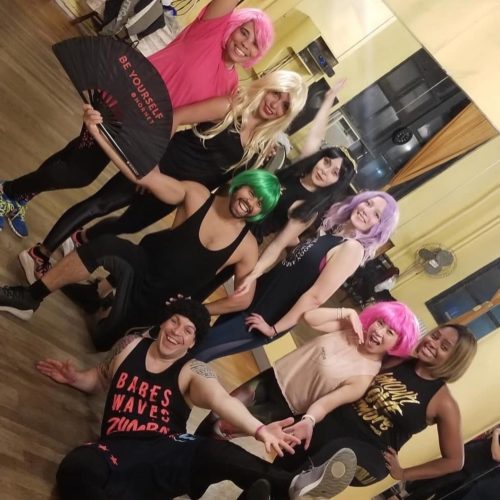 Sometimes you meet a person and from the moment you set eyes on them, you are instantly drawn to them. This can happen regardless of gender or sex. It may or may not be accompanied by a sexual or physical desire, but it can be solely a friendship thing. I sincerely believe that in life there are just some people that you are undoubtedly drawn to.

I’ve personally experienced this several times in my life. There have been a few times where I’ve met some new male friends and I immediately took to liking them. As we spoke and joked around, it felt as though we’ve been friends forever. It’s like reuniting with an old pal I haven’t seen in a few years. As if they have always been present in my life. There is this feeling that I know them very well, an instant trust, even though we only just met. In those rare cases, we connect and from that point on those people have become a regular part of my life.

Have you ever experienced that before? Doesn’t that make you wonder about life? I always wonder how much more there is that I don’t know today which may someday come to light in terms of energy, connections, vibes and so on.

Some folks have told me that when this happens it could be someone from a past life that I knew. Though I’m not extremely religious and I don’t particularly subscribe to the supernatural, I do think that on some spiritual, invisible or higher level, some people are magnetically drawn to each other. I did cover this topic once before when I spoke about soul mates and how Paulo Coelho presented them in his book Brida.

I mentioned I’ve experienced this with male friends, but I also have had this experience with women. Again, it can be accompanied with a physical attraction and desire or not. I have experienced both. I’ve met women who were not physically or romantically interesting to me, nor I to them, but we just clicked, got along and became the best of friends. This is similar to the aforementioned male friendship connections.

On the other hand, I have also experienced this with women who were romantically desirable to me and I to them. In those circumstances we have become fast lovers! We’ve gone on to have fierce and fiery intimate relationships.

There was one time that it happened and the woman literally lived on the opposite side of the globe. Still, that didn’t stop us from getting together that first night and then living out our desires on multiple occasions despite the vast distance between us. Things that were beyond our control eventually ended the relationship, but neither of us could ever deny that magic we shared.

This has happened to me more than once and without a doubt, we both instantly knew right then and there that we were meant to be lovers. It is a beautiful and magical thing when this happens and I have loved the experiences. When I say that it was a given, I mean it was a given! Our circumstances at the time were of no consequence, we simply just knew that we were meant to be lovers. The only question was when and how, even if only once.

Generally in this kind of magnetic scenario, you are drawn to each other and it is a two way chemistry.  Though experience has led me to believe that it can also be a one way thing. I have had situations where I really liked a person, (male or female) but they were not really feeling me or interested in pursuing any form of relationship whatsoever. They could be one of those people who just attracts everyone, they exist too. Some people are just magical and likable like that.

In fact, that’s why I chose this picture above. Danilo is one of my favorite Zumba instructors and this man is one of the sexiest, most magnetic, sensual human beings I have ever met. I’m not attracted to men, but despite his sex, his energy still makes an impression on me and nearly all he meets. But I digress, when the desire to connect is one way, and that other person isn’t interested, that really sucks and you feel a deep loss. However, it is what it is. Sometimes life can be crappy, but the one thing that I can guarantee to you is that no matter what you are feeling, life will go on. So don’t bum around for too long, don’t wanna let life pass you by now do you?

If you’ve experienced these amazing moments, then you know about this magic that I speak of. If you haven’t, well, then I’m sorry. I hope that one day you will.