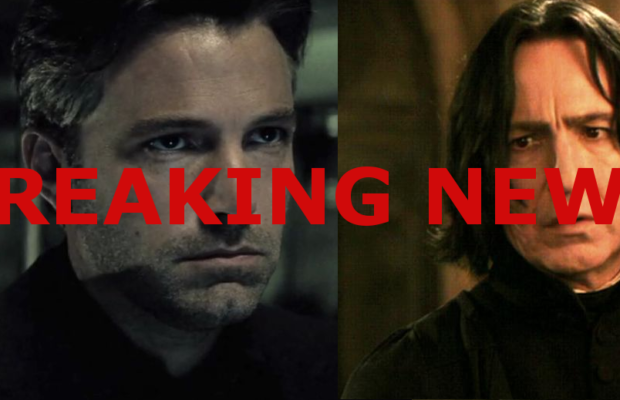 Bloomsburying Publishing and Warmer Bros have released the latest news regarding Professor Snape’s legacy. In the coming months, with a projected release time of Spring next year, a spin off series will begin shooting for a Nelflix series starring Ben Affleck as a modern take on the beloved professor Snape. When asked about the potentially controversial decision to cast Ben Affleck in this timeless role, Chris Columbo and J.K Growling both agreed on the choice. Columbo is quoted as saying, “He’s batman bro, he’s batman!”

I’m not sure how the community will take the news of this amazing development, but we are just happy to hear that there will be more Snape action! Even before I knew his true story, I always enjoyed Snape’s style and demeanor. He was just one villain that you loved to hate. When they revealed the rest of his story, Snape became a legend to me! It was terribly heartbreaking to hear that Alan Rickman passed away, he embodied the character of Snape in a way that nobody will ever be able to recreate.

Affleck has chosen some very big shoes to fill. Let’s all wish Ben Affleck good luck on yet another amazing role landed!