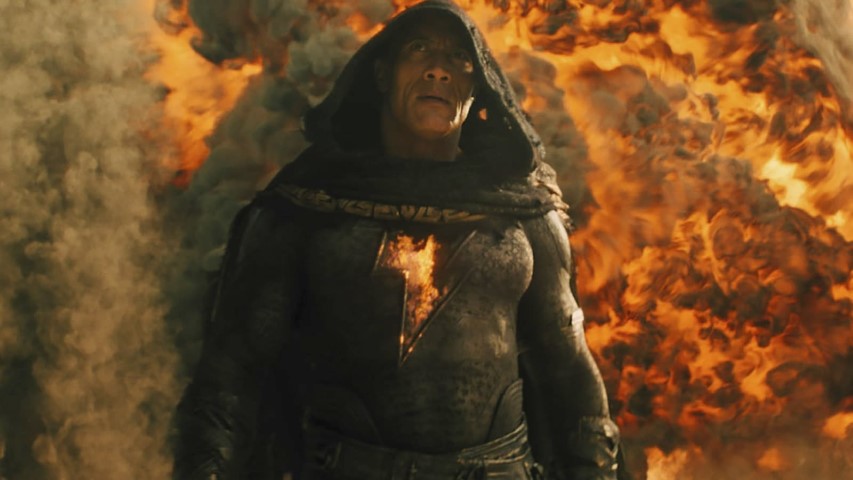 As usual, I don’t go by what critics, or the people say, I like to form my own opinion when it comes to movies. I also happen to love The Rock, and I love that he appreciates and cares for the ideas of the fans more than he does the critics.

So I have heard through the grapevine that Black Adam was a crappy film, but I beg to differ. I think the movie was actually really cool and I enjoyed the way that Dwayne Johnson portrayed Black Adam. I had no idea what this movie was about going into it, and I didn’t even have a clue that he was a Shazam. I went into it completely unaware and with zero expectations.

I thought that some of the plot was a bit annoying. Like why was the Justice Society hunting this dude when he’s out here fighting a whole country of mercenary’s to free his people? That part of the plot, though it made for some interesting fight and laughter scenes, kind of irritated me a bit.

Also, I don’t understand why all these superheroes obey and take orders from Waller. I find her arrogance kind of annoying. I mean, she’s a freaking human and she’s got all these super powered people in check and under control. That’s just annoying to me, they could just kill her in like two seconds, and the one who replaces her, and on and on. Why do they take crap from her? Why is Superman backing her up?

As I mentioned, Black Adam is a Shazam and he was awakened to come and help some people who were in a bad situation at the moment. But there’s way more to it! I don’t want to drop any spoilers on here, but I will say that this was a pretty good movie and I’m excited to see where it goes. The ending was straight fire, and if you haven’t been spoiled yet you’ll soon see what I mean! Pun intended!

Go check this movie out, you won’t regret it, it’s really good. Fuck the critics, let the people speak!