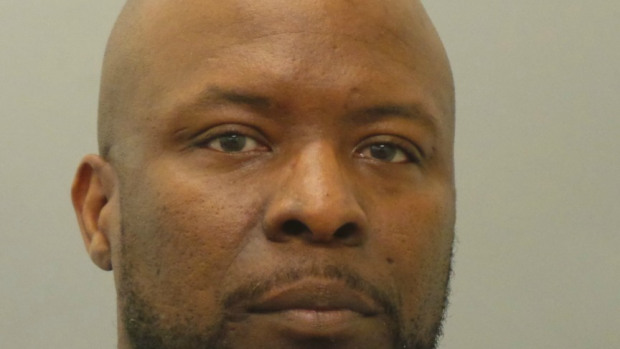 “The issue was only verbal and it appeared the verbal altercation was coming to an end when Officer Gore charged at him from several yards away and struck him” with his expandable baton, Belmar said.

Gore took Wilson into the MetroLink platform office, held him there for 90 minutes and refused to get medical attention for him, Belmar said. Then, Gore took him home.

Gore didn’t tell his supervisor about the incident or write a police report, Belmar said.

The department first learned about the incident when Wilson called four days later seeking to have his medical bills paid, Belmar said. Detectives investigated the allegations and turned their findings over to the prosecutor’s office on May 6.

Gore was put on paid leave while authorities investigated, Belmar said. Friday, he was suspended without pay.

“This alleged unprovoked use of force outside the bounds of department policy and without cause cannot be tolerated,” the chief said.

Second-degree assault is a felony in Missouri, punishable by up to seven years in prison and a $5,000 fine.

Video surveillance and information from witnesses helped make the case against Gore, authorities say. Authorities said they won’t release the video to reporters because it is evidence in the case. The video showed Gore and Wilson on the platform, but the alleged attack took place out of the view of the camera, authorities say.

Neither Wilson nor Gore could be reached for comment.Court records did not yet list an attorney for Gore.

If he hit the guy with the baton over an argument, then yes, it is excessive force. People keep comparing this to Mike Brown and Darren Wilson’s freedom. However, you have to objectively look at the situation. You can’t blanket compare things. Just because this officer is black, doesn’t mean that’s why he is being charged. According to video surveillance, and eye witnesses, (plural) Officer Dawon Gore hit Pierre Wilson with his baton merely out of frustration. Clearly use of excessive force.

The story with Mike Brown and officer Wilson is quite different. So comparing these two stories in an attempt to make it appear racial is pathetic. People amuse me the way they jump to conclusions and try to make everything about race.