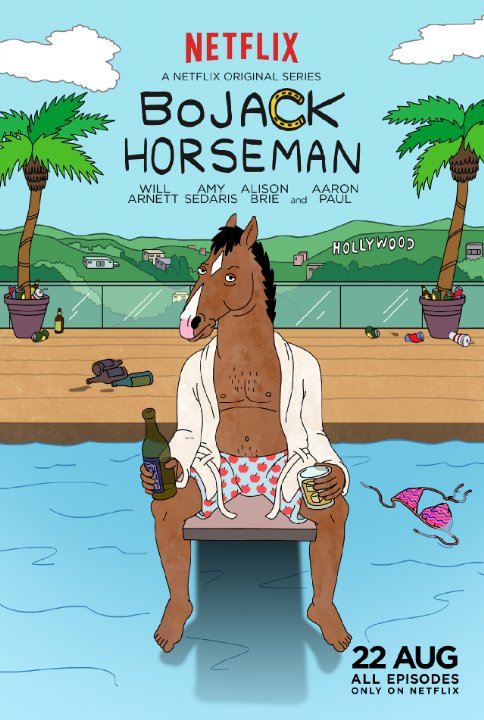 So, who is Bojack Horseman? Well, this is a new Netflix original animated series. I randomly clicked on it while surfing, and watched one episode. It is a really weird show, but surprisingly entertaining. It follows a former 90’s sitcom star who is currently trying to write his memoirs. He’s a bit of a dunce, but still thinks he’s big. He spends a lot of time watching his old TV shows, has a deadbeat roommate, dates a cat, and is constantly getting involved in weird stuff. I’m only two episodes in, but this show has already made my “list” of shows to watch on Netflix.

I have to say, Netflix has been doing a really good job with the original shows, Orange is the New black, and House of cards to name a couple. Those are phenomenal shows, and now add to the roster, Bojack Horseman! I’m really impressed with Netflix. I really want to be on one of their shows, and I hope to have the opportunity one day. They are doing great things and I think it would be awesome to be a part of it.

Ladies and gentlemen, if you haven’t had the chance, check out Bojack Horseman. It is totally worth watching!