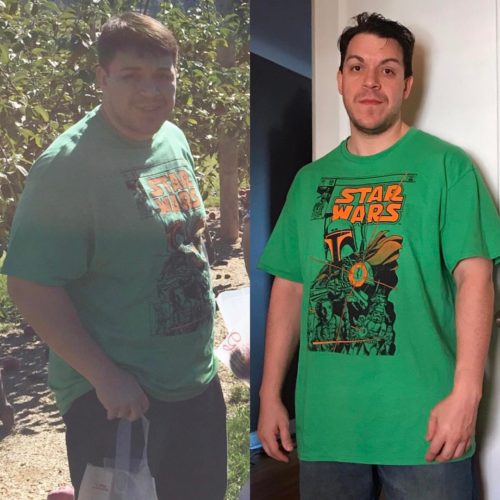 Believe or not, I’m once again breaking past another plateau. It seems like the closer I get to my goals, the more plateaus I encounter. What sucks here is that I had already broken past the “going under 200 pounds” plateau. However, when I got sick, I put on some weight due to some heavy overeating during the second week.

I’ve been stuck above 200 pounds for months now, and though I eat clean and train often, my weight is still in that range. As such, I decided to run a test yesterday. I took my lunchtime meal and reduced the protein portion by half. Normally I’d eat half a chicken with broccoli, cauliflower and string beans for lunch.

I cut the chicken portion to a quarter of a chicken as a test. I wanted to see if I’d be satisfied with that smaller portion. I found that I felt no different throughout the day. However, I didn’t end up waking up hungry last night. I ate two boiled eggs and went back to sleep. Today, I’m going to take the test a step further. I’m going to repeat the quarter chicken, but also cut my vegetable serving in half. I’ll see how I feel throughout the day and go from there.

The final change which I’m going to make during this plateau battle is to cut down/out my protein shakes. Currently, the main one I ingest contains a whopping 600 calories. But since I have it after training, I’ve reasoned that I’m allowed. However, I’m switching to one that has half the calories. I have to see how my body responds of course, and I’m not doing this all at once. Shocking the body is a surefire way to fail.

Yesterday was the first change, and I was mostly okay. Today I’ll implement the second and maybe the third change. Bare in mind that I already have a low carb, relatively restrictive diet. I’ve really tried not to become the way I used to be as I was miserable back then. I’m trying to live comfortably, while still hitting my goals. Finding that balance is proving challenging. However, these proposed changes are manageable and reasonable.  My body should be able to handle it with minimal disruption to my comfort.

Don’t misunderstand what I’m saying, I know this is hard work. But if you are dieting to the point that you are miserable all the time, you will fail. You will not be able to sustain that long term. I am speaking from decades of experience on that one. You have to find what works, make sure you can sustain it, and then from there make adjustments to accommodate your goals. That’s what I’m doing now. Let’s see if I can make some progress with these changes. I’m also considering starting a.m training again, but I’m not sure how realistic that is. We’ll see!