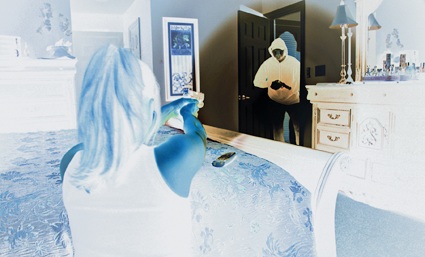 This weekend I had the pleasure of lending my musical talents to an outstanding charity. “Bullying, We’re kicking it” is a charity that is focused on bullying and the damage that it does to young people and old alike. Organized and spearheaded by Gina Marie, the organization is making waves in a good way!

This charity event took place in Middletown, New Jersey and featured some very notable talent! These are all individuals that also believe in and came from all parts of the globe in order to support this cause. I think it is safe to say that most people at some point or another have been the victims of bullying. I know that growing up I received lots of that, apparently so did many of the star studded event performers and guests.

Beverly McClellan, currently one of my favorite acts told us that she was bullied growing up. She did however emphasize “was” as she stated NOT ANYMORE! She performed several of her songs, one that is properly entitled “I can’t hide me” says “I can’t hide me, and I don’t want to anyway!” Perfect message for an event like this!

This event wasn’t only limited to musical celebrities, we had film and television actors such as Jose Hernandez Jr, celebrity dogs like Pink Dog Frankie, and a bunch of Hell’s Kitchen Chefs like my man Chef Barret! The music was definitely the highlight of the event though, the musical royalty present here was amazing, the talent was off the charts! We had The Voice alumni Trevin Hunte, James Massone, Jared Blake, Raquel Castro, Sonia Rao, and finally my personal favorite, the aforementioned Beverly McClellan! She is just one entertaining, cool ass individual! In addition there were several indie acts like yours truly!
I hate to digress, but I have to share this! I have never really followed “The Voice”, (sorry guys, I’m just to busy trying to be like you guys to catch a lot of tv shows I’d like to watch) I’ve caught snippets here and there, but as a guy that writes for dozens of websites, has a full time job, a family, makes videos, makes music, and is working on getting fit for a television show, my time is definitely limited! That being said I’m very selective on what I sit down and watch for an hour at a time. Currently the spots are occupied by “The Blacklist”, “Agents of Shield”, “Breaking Bad”, “True Blood”, “Spartacus”, “Game of thrones” and last but not least “The Walking Dead”! Now this may sound like a lot, but keep in mind these shows are on during different times of the year, so at any point I’m getting caught up on these shows with my wife. In any case I just digressed from my initial digression. Hahah. I’m a notorious digressor. Is that a real word? So yeah, my point is that I don’t often watch tv. So I had no idea who these musical acts were until this past Sunday. After me and my wife parked, in the process of walking through the lot, an SUV passes by, and from inside there is a bald headed woman, she was wearing dark shades, many visible tattoos and she sticks her head and hands out and shouts “WHAT’S UP!” That was my first ever introduction to Bev before I knew she was Bev. My wife and I looked at each other and she asked me “Do you know her?” I said “I don’t think so.” Haha. But I do now! LOL. Once inside the introductions are made and I am rushed to sound check. I go on stage and do my thing. Then it’s Bev’s turn, mind you I still had no idea that she was even a performer. Then she got down to business! Holy crap! She proceeded to shred on her uber cool, special fiberglass guitar, and then she sang! Again, me and my wife looked at each other! What the hell? Is this “WHAT’S UP” lady? Oh, but she wasn’t done, she then moved on to sound check the piano! Again, “WHAT THE HELL!” In case you haven’t made the connection, Bev is a musical genius, she plays 12 instruments, and that’s not even counting her vocal range! I don’t think I can even name 12 instruments!
Trevin Hunte was pretty cool and we took a selfie together. I couldn’t help scream out while he was singing “That boy can sing.”  I think everyone in the audience agreed with me on that one! Because, you know, that boy CAN sing! There is something to be said about a person that is relatively popular, with a nice degree of fame, that stays cool as a person. That can’t apply to a person more that it would to James Massone! This dude gave a shout out to all the indie artists, and when I walked past him he greeted me and shook my hand. He was just an overall cool dude. I respect that about him immensely. This event was a great delight, not only did I get to meet and watch these amazing performers do their thing, but I was able to be part of an event that helps children combat bullying. Just today I read about a 9 year old boy that committed suicide because he was being bullied at a school in England. 9 years old, how does a 9 year old even know how to commit suicide? The whole concept is completely heartbreaking. Obviously I want those responsible on all levels to be punished, but this post is not about punishment, this post is about exacting change and that’s what we are trying to do with this organization. Many thanks for Gina Marie. The organization requires your help, donations are always welcomed and extremely helpful! To get involved please visit their website at werekickinit.org. Terrific campaign dude, and nice to see you involved in it. The bullying thing is crazy nowadays. So much more than when we were kids.

Not only that Phil, but the way kids handle it today is also up a notch. Think Columbine, think a 9 year old hanging himself, it’s terrible.

[…] of  you may recall that I did some work with the anti-bullying foundation “Bullying… We’re Kicking it.” As such, you would know that I am very much against bullying. I do recognize that it is a […]