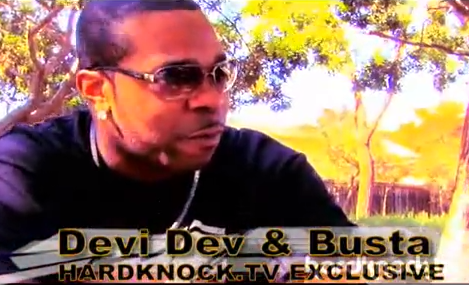 I’m not one who will immediately jump on to a story without doing some research first. I try my best to know what I am talking about before condemning or speaking on a topic. So after reading the Alyssa Krumm story that has everyone up in arms, Jay-Z wearing a symbol that represents the 5 percenters, I decided to do a little more research. As I researched the story behind the 5 percenters, I learned quite a bit of detail, some of which was inconsistent with the other information.

For instance, some folks believe that the FBI was heavily involved in the murder of 5 percenters founder, Clarence 13x, while others believe that his murder was carried out by the NOI, (Nation of Islam) the group, he was originally a part of, but left due to some religious disagreements on who or what God is. There are a few hip hop artists who consider themselves 5 percenters, among those is Busta Rhymes. I’ve always been a fan of Busta’s music, so I decided to watch this video, if anyone can clarify the 5 percenters for me, it’s someone whom I have musically listened to since I was a child, right? Wrong! Wrong! Wrong!

My man has his dates inaccurate, details wrong, and sorely disappointed me, and lost all credibility in regard to what he may know as a 5 percenter. Furthermore, it should be stated that a representative for the 5 percenters stated that Jay-Z was not “one of them.” So, I am led to believe that this is all a publicity stunt, and nothing more than some wannabes. That being said though, listen towards the 3-minute mark. According to Busta, the 5 percenters don’t hate white people, he just believes that it is in the nature of white people to be the devil, “that’s what you are supposed to be.” Blacks on the other have a nature that is supposed to be Godly.

There is some really interesting stuff that you can learn on the Internet ladies and gentleman. I read some FBI files on a few of the arrests of 5 percenters back in the sixties. Now for your viewing and non-educational pleasure, I present to you, Busta Rhymes on the 5 percenters.

(This post was originally featured on the Wayne Dupree Show)

Jay Z ain’t the only one claiming the 5 percenter. Busta Rhymes makes no bones about it http://t.co/xjXs3OOdLc #politics #race #black #white