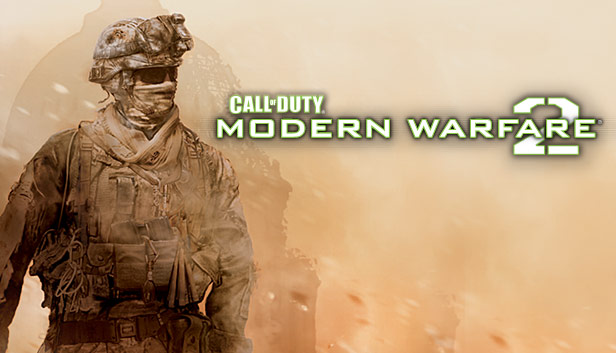 Oh, I know I’m super, super late to the party. This game came out in 2009, it is about 12 years old. Since this came out, many, many other games have been released into the Call of Duty Franchise. Here’s the thing though, I’ve never been much of a gamer, and when I did play, I never played any FPS games on the console. For the last few years I’ve been PC Gaming and play mostly Counterstrike GO. Call of duty is all new to me. I started playing “World at War” first, so though “Modern Warfare 2” is old, by comparison it feels fairly new to me.

I really enjoy this game a lot, it is the game that I play most for the time being. It is a pretty dope game. My only major gripe with this platform is that I’m used to CSGO aiming where you hip fire the whole time, accurately, unless you are using a scoped weapon. So the ADS zooming in for accuracy is a hard adjustment for me. It’s supposed to create a more real and immersive feeling, I get that. However, I feel that when I zoom in to aim it blocks my line of sight. Also, it slows me down and more often than not gets me killed. I stopped using the AUG in CSGO and moved to the M41A-S because it saves me that extra second to scope in and aim. Using this ADS aiming really feels counterintuitive to me. I suppose I’ll get used to it in time. You cannot hip fire from far away and it really puts me at a great disadvantage while playing with ADS pros.

Aside from that though, I really love this game. Right now, I’m doing a bit better than I was a few days ago. I’m slowly learning the maps and where to look out for hiding players and so on. I know that this too will improve in time, for now I’m paying my dues and getting my butt whooped as I aimlessly try to figure out where the hell I’m being shot from. I will admit that this is quite frustrating, but I know it takes time as you learn the maps, weapons, etc. CSGO was tough at first, and once I learned the maps it got better. I already notice I’m doing much better on MW2 as I learn the maps. As that happens, the game becomes even more fun. I believe that the ADS is my biggest limiter right now, if we could hip fire accurately over distances, I would do much better in our games. But that’s a me thing, not a game thing, this game is really dope and I’m a big fan. I’m wondering if its worth buying one of the newer ones?