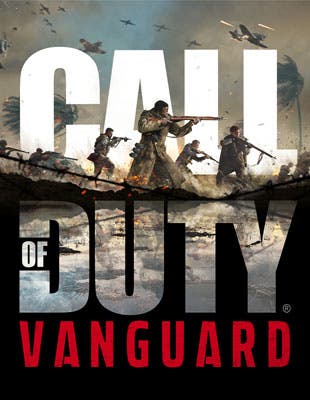 So Call of Duty Vanguard is finally out. I’ve been playing for a few weeks now and I am still loving the game. I’m not an expert game reviewer but let me tell you about some of the things I thought were dope and some that weren’t.

Bruh, this game brought back some of the maps from Call of Duty World at War. I still play that game on occasion, but there are very few working servers to connect to. I always hoped that they’d either remake it or reuse the maps in some game. Well, Vanguard is that remake so to speak. I already saw two maps that I know for sure are World at War maps and that made me really, really happy.

If you bought the game, then undoubtedly you already know that your beta progress is no more. I kind of thought that grinding it out all those hours would carry over to the main game, but nope, I was wrong and all my progress was gone. That was a bit disappointing, but meh, such is life.

So far, most of the people I’ve encountered are pretty much the same as any other COD game. You have some really cool people, you have the hidden racists, you have the rage gamers, the silent types and pretty much everything you’d expect to find in online gaming.

If you want to switch to hardcore, clicking on it isn’t enough. You have to click on it and then press “Apply filter” for it to take effect. I clicked it, picked the mode I wanted but was still in core. I couldn’t figure out how to make it take effect on hardcore. While playing I realized that a few other people were surprised to be in core when they pressed hardcore. Then I noticed that there was a second button to click to apply it, unlike when choosing the game modes.

I feel like the controls are feeling a bit smoother than they were on the beta. It still doesn’t feel as crisp as Cold War does, but it’s getting there. I like the weapons and so far I don’t hate any one map. I really like the game and I look forward to continued playing.

I feel like this was a solid purchase. I like the game and I recommend it if you are a fan of COD. I heard some people criticizing it while playing, but hey, everyone has their opinions right? This has been mine, thanks for reading!

Episode 53 – Why I dropped out of High School

Can I pet your dog?

Over the years, at one point or another I have considered cosmetic surgery. I am human after all. I’ve witnessed quite a few friends do these types of surgeries with zero complications. However, I personally know of at least two people who actually lost their lives because of it. At the end of the day, for myself, I felt that the dangers associated with cosmetic surgery were not worth the potential benefits. In this episode, let’s do a deep dive into this topic.