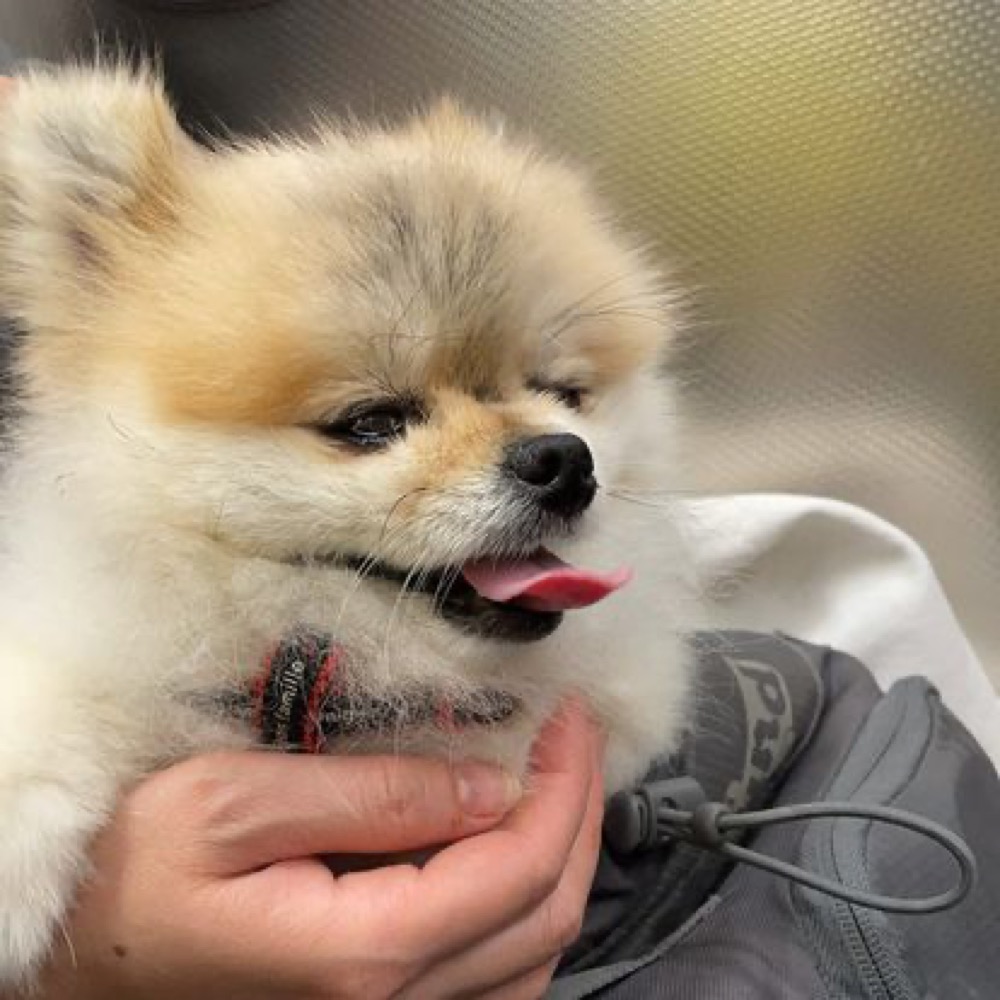 When the covid pandemic first started, an officer saw Peppa and wanted to pet her. I was kind of scared because of covid and told her that I wasn’t comfortable with that. However, I said that once this was all over, that I’d find her and she could pet Peppa. I felt terrible about it, but I was concerned about safety, not only for myself, but my loved ones especially. Anyway, as promised, I did find her and honored my word severals months later.

Some months ago, a youngish guy who appeared to be homeless and mentally ill asked if he could pet Peppa. I felt the same way that I did when Officer Torres asked to pet her, the same concerns about safety came to my mind. I responded the same way. I stated that I didn’t feel comfortable because of covid.

He said that I shouldn’t worry about that at all, that nothing will happen. Once again, I felt really bad, but I stood my ground and said that at some point in the future I’d be okay with it, but not right now. We then shifted to talking about why her ears were wet and how she was just at a vet visit. After some more chatting, I said goodbye and left.

Here’s the hard truth though, the part that I’m ashamed of and truly feel guilty about. I told him that I wasn’t comfortable because of the pandemic, but there was more to it. First, this was during the time when we should have all been wearing masks, and he had his mask down on his neck. His laxed attitude that I shouldn’t worry, coupled with his mask being down made me even more worried. Also, he was carrying a bunch of random stuff on his person and his hands didn’t appear very clean to me. In my mind, I felt that these factors presented a higher covid risk because he appeared more “unprotected” to me.

Whether or not a person is homeless doesn’t really have any bearing on their covid risk does it? That’s an unfair thing that I did and I am unhappy with myself over it. But it’s not without reason, so though I do struggle with it, I also understand why I did it.

Anyway, the internal dilemma that I’m having is that maybe petting Peppa could have made this guy’s day so much better, and I said no because he didn’t look clean and that aforementioned experience with the other guy created concerns for me. That may have not been fair to him and I felt bad about that. But at the same time, I feel I did the right thing for the safety of my loved ones.

What are your thoughts on this?

Episode 53 – Why I dropped out of High School

Can I pet your dog?

Over the years, at one point or another I have considered cosmetic surgery. I am human after all. I’ve witnessed quite a few friends do these types of surgeries with zero complications. However, I personally know of at least two people who actually lost their lives because of it. At the end of the day, for myself, I felt that the dangers associated with cosmetic surgery were not worth the potential benefits. In this episode, let’s do a deep dive into this topic.