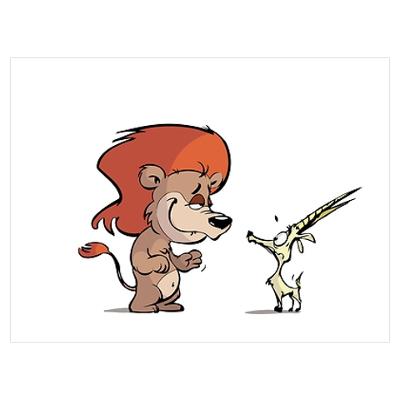 That’s how it all began, a couple of us were hanging out, and she said to me that one of her friends was visiting the city. These guys knew me, and I think they were well aware about my flirtatious nature. So when she asked me if I would show her friend around the city, naturally I thought that she was joking. However, she was not joking and was quite serious. My first question was “Me? Are you sure about that?” She said of course, Angel, why not? Okay, so I agreed to show her friend around New York City. “You can’t get mad at me if something goes down between us though.” The interesting thing about this time frame is that I cannot remember how we actually met. My memories of her begin in front of my friend’s building. We spent some time walking around the city and talking. I vaguely remember sitting on some benches and walking along 6th Avenue. However, the memories really pick up for me when I was dropping her off after that first tour of the city. We were standing in front of the building; we were looking at each other’s eyes. I don’t know exactly how it came about, but soon she was in my arms, and we were kissing. We were kissing in front of the building for quite some time before the doorman came out and started complaining about us loitering. I found his c-blocking terribly annoying, and I was going to protest but she stopped me and bid me good night. She then left and went upstairs to my friend’s apartment. That was the first tour.

The next day we met up again, we had dinner, and somehow we ended up back at my apartment.

I will not be entering into great detail, but you can imagine how that visit went. One thing I will share with you guys is that we had some serious fireworks, and passion between us. When we would kiss we kissed each other hard and passionately. It was so very intense. I’d kiss her lips hard, and pull her tight to me. I’d kiss her neck, and I would caress her body. Yes, it was so very intense. There is no denying that. There was some fire in this newly founded intimate relationship. You know; I have never been the best-looking guy. I have never been the one who is the fittest. I have never been the one who had the most money. However, I have to say that all things considered I have done relatively well when it came to women. Case in point, I jokingly had asked my friends if they were sure that they wanted me to be the one to show this woman around the city? However, I had no way of knowing that this woman was going to be attracted to me, or that she would be in any way shape or form even remotely interested in me. Other than just the guy who was showing her around the city. However, my humorous words turned into a reality, and we were in my bedroom by the second night.

My friends were actually shocked to find out that she was spending the night with me. It surprised them that me and the girl ended up hooking up. When I was approached about it my response was “I asked you if you were sure you wanted me to be the one?” I imagine that they were probably as surprised as I was because I said it is a joke. I didn’t expect anything to happen. Nevertheless, it ended up being real, and there we were! Interestingly enough that has been the story of my life.

You take the Angel of today; I don’t look the same way I did back then. I’m much heavier, a little older, and clearly this is a different version of myself. Even so, I met and married a beautiful woman. The few times that I have hung out in social groups of people it has been made very clear to me that if I wanted certain individuals, I could have them. Even today’s me, in spite of the way I look now, the way I am at the moment, women still express an interest in me. Don’t get me wrong, I’m not trying to be cocky. I’m not trying to brag. I’m just trying to express to you guys how surprising it is to me. I always felt that I needed to be super fit. That I needed to be the best at everything, or at least among the top echelon of whatever it was that I was a part of. I still feel that way; I won’t deny it. However, when I was younger, it was all based on vanity and ego, particularly when it came to fitness.

Recently, I reconnected with an old friend, and I asked her what she thought of me back then. She said that I was a self-centered, egotistical, cocky, overconfident and not that pleasant kind of @sshole. She said all I ever talked about was my body, and how great I looked. This was a bit of a surprise to me because I’ve always thought of myself as a nice guy, to which she agreed. She stated that she spoke about my cockiness in terms of my body, my physique, that this was the area where I behaved in that annoying fashion. She then went on to state that this was what attracted her. “I guess I liked @ssholes.” She said that she liked guys who were that way, and that is why she liked me back then.

This is all very interesting to me as we are currently getting to know each other again, and I’m expressing to her how I really felt back then, in contrast to how I feel at present, but the major difference is that I’m being more human about it. In the past, I didn’t know how to be honest, and express my inner feelings. I’ve become better at that. She seems to understand now.

Earlier today I wrote a Facebook post, where I publicly shamed myself. I was confessing that I had been looking at liposuction websites. Lipo and those other forms of weighloss surgery. I will not be using any of those services, but as a man who has worked hard in the past to achieve extremely high levels of fitness, to even consider looking at those websites, I am truly ashamed of myself. As I said I would not do it, but the public shaming that I have given myself in this arena is to further ensure, a further safeguard to prevent such thoughts from entering my head. I originally intended this post to be about my sharing on that particular relationship from the early beginning, but it seems to have veered in a different direction. To that relationship, I’ll say that it ended due to natural causes, and simply because of the way the world, time and distance work. We no longer speak, but I have made attempts to communicate. I am at peace with the way things are, it’s one of those things that it is what it is. I think we both had closure, and have successfully moved on.

Such is life my friends, lovers come and go, friendships come and go, enjoy them while they’re here and live life to the fullest. Our split hurt at the time, but I don’t remember this pain, only the passion and pleasure of our time together. What more can one ask for in life?

Oh, and never forget, I may be fatter, and I may be older, but a lion is always a lion! ROAR!

RT @Angel Rodriguez: I’ll show her around the city, but odds are that we’ll end up banging.

I’ll show her around the city, but odds are that we’ll end up banging.

I couldn’t share too much of this story. Quite a bit was too personal.