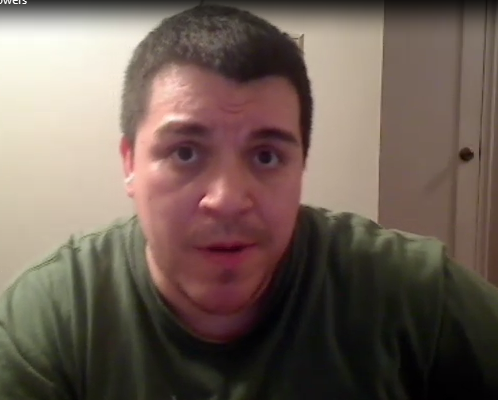 During a conversation with a Canadian that I will call SoS, when it comes to health care in Canada, everyone is “supposed” to be 100% equal. This means that whether you are a millionaire, or a crackhead junkie, you are entitled to the same, exact health care.

I don’t know about you, but personally I am a fan of you get what you earn in life. I don’t see why a person who has decided to throw their life away on drugs should be entitled to the same facilities as a person that works really hard and earns a lot of money. Am I advocating for separation? Sure I am! If we were all equal in terms of life status, then why would anyone work hard to make something of themselves? If that crackhead junkie gets the same things you do while you work hard and they don’t do crap, what’s the point of working hard? Why would anyone try, why would anyone innovate, why would we do anything but what we “have to” to get by? To hell with communism! These are the United States of America, and Obama and his entire communist administration can take that bullcrap somewhere else!

SoS describes Canadian healthcare as a long, painful line. He says that if you are ill, you contact a doctor and get on that line. Regardless of who you are, or your social status, you all get on the same line. One of the problems with this according to SoS is that these doctors develop a God complex. See, if they don’t like you, or you are not happy with the line, they are happy to kick you off their line and ask you to go to the back of another doctor’s line. To these people you are just a number, they don’t care about you, they just want to pump out those numbers and get paid.

According to SoS, another issue is that there is plenty of fraud happening as well. Doctors will bill the government for a one hour visit, but in fact they are seeing patients for 5 minutes or so. Most people are not aware of these billing practices because they don’t get to see what the doctors actually bill the government for.

The other issue with fraud in Canada is that people will go to the doctor for things like a simple cut or a scratch, because it’s free, and why not? The example he gave me was that of an angry guy at a bar. In the U.S, that guy realizes that if he gets into a fight and requires stitches, he’ll have to pony up the dough and pay for it. Money, the great deterrent. In Canada however; that $800 or whatever the going cost for stitches is simply is not an issue, cause hey, it’s free! Why not?

Another issue that SoS pointed out to me is that only lousy doctors remain in Canada. According to his personal experiences with Canadian doctors, the majority of great doctors leave Canada and come to the United States where they can actually earn some money for their work in a free market.

When I asked, SoS said “Absolutely Angel, people definitely die on that line.” He then told me about personal scenarios with friends and family that had to come to the United States to save their lives. Canada will make you wait for treatment, and if you have only four months to live without receiving treatment and there is a 6 month wait, then that’s not good math is it? But hey, they don’t care, it’s free! When I asked if you had any legal rights to take action, he looked at me, raised an eyebrow, smiled and said “It’s free! What are you gonna do?”

SoS states that there is supposed to be no line jumping or preference in the health care system, but if you are friends with a doctor, or know someone that knows somebody, you can definitely get ahead of the line. Favoritism at its best!

I tell you what, given the choice between Canada’s “get on line and take a number” system, or our “broken” system here, I’ll take our “broken” system any day of the week! I’m all for helping people out, but willingly, not by being forced by a socialist government. I’m not interested in helping dead beats get over with my hard earned tax dollars.

I hope that a Republicans take the senate, the house, and the White House so we can get rid of this Obamacare crap somehow, before it catches more steam. Let’s help people help themselves, not necessarily give them a free, life long ride.

Finally, on a slightly unrelated yet related note, let’s spread the #stophc (stop Hillary Clinton) hashtag. We cannot let that wench take the White House in 2016. People keep saying “it’s too early,” well, if you just keep putting things off the next thing you’ll know is that trash will be back in the White House. Take a look at the gubernatorial election in Virginia, the Clintons are lending their support to Terry McAuliffe! If he wins Virginia he will surely support that wench in a bid for the White House in 2016, and don’t even get me started on our second amendment rights! Spread #stopHC and don’t let McAuliffe  become the governor of Virginia!