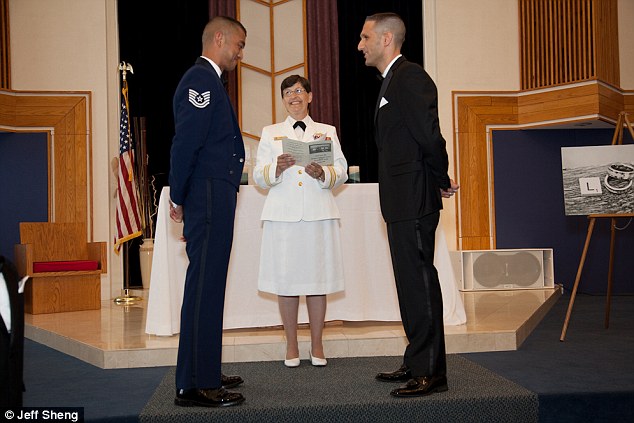 Recently we have seen many changes take place, and or being proposed within the military. Some changes have been well received while others are seen as controversial within the ranks. Don’t ask, don’t tell was repealed, and this set the tone for many things to come.

Within the last couple of days there have been pictures of a gay airman and his male partner being married by a female naval officer. The airman wore his uniform and engaged in public displays of affection, an action which has traditionally been frowned upon even from straight couples.

In the last couple of days some gay airmen were given permission to march in a gay pride parade wearing their military uniform. A change to the original decision issued which was a “no”.

Gays are not the only ones creating change within the armed forces. Sometime ago some servicewomen were part of a post (since then pulled) which showed them breast-feeding infants while in uniform. Another movement regarding women is the push to have women allowed in combat units.

These are major strides for gays and women in the military. I have mixed feelings on these topics. What are your thoughts on these changes?

@Angel Rodriguez I think changes that advance rights, grow minds & grow hearts are a good thing. The only constant is change.

Gays allowed to march in uniform at a pride parade. | NYC Talking

[…] parade. July 25, 2012   Angel Rodriguez   No comments We touched on this topic in a recent post on NYCTalking, yesterday on Breitbart we read another article about how the Obama administration is […]