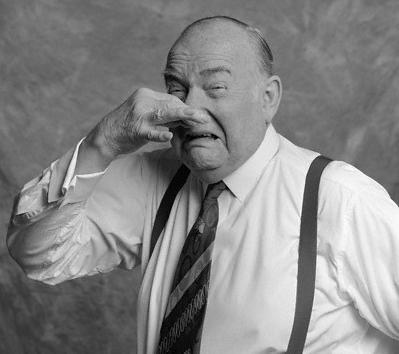 Governor Chris Christie appears to find himself up the creek without a paddle. Online and on the air waves you see story upon story criticizing him for Bridge-gate. The left, as is to be expected is all over this, hosting hour-long specials, and taking every opportunity to tear down the potential 2016 presidential candidate. This plays out really well for the Hillary Rotten Clinton agenda. It also shifts attention away from Obama, Benghazi, the IRS, Obamacare, NSA, any number of his presidential failings, and his sneaky executive orders. This is a great scandal for the left.

This is one of those times where having friends would count. The problem is that Chris Christie has been sleeping with the enemy so to speak. He’s very chummy with President Obama, and he’s been often called a RINO by his fellow Republicans. Though he has friends in high places within the Democratic Party, the left media is still pulling no punches. The worst they can make Chris Christie look, the better they make Hillary Clinton look. If you recall, I wrote a satirical piece called “The Republican Party Is Dead“, and in this fictitious world that I created, Hillary’s granddaughter decided to form a monarchy where she was the supreme power. It’s seems that we are possibly one step closer to this monarchy becoming a reality.

Many Republicans have remained silent on Bridge-gate, while some have been highly critical of the Governor and his political alignments. According to Breitbart, and several other media outlets, even the right leaning media has either been watching quietly, or has ferociously gone after the governor, very few have defended him.

Here is my question to you guys, and one of my concerns. Yes, Christie is buddies with Obama, yes, his state has some of the toughest gun laws in the U.S, and yes, he may have caused traffic delays, but is he worse than Hillary Rotten Clinton? Think about that for a moment. Who does the right have that appears to have a chance at the White House as of now? We couldn’t even secure Virginia!

The left is really good with rallying behind their candidate, and I can’t think of one single living Democrat who wouldn’t love to see Hillary become the president of the United States of America! I can most certainly guarantee that these people will all vote for her.

Meanwhile the Republican Party is one more step behind, divided, and fragmented. Think about it, who could we put forward that will rally the masses? We all know that Republicans will support their candidate, even if it’s a Mitt Romney, but I’ve mentioned before that we need converts, and people in the middle to shift to our side. Absent that, we are just one more independent party member stealing undecided votes away from having the 2016 election locked down by Hillary Clinton. As much as I dislike Christie, I would vote for him 100 times over Hillary. I despise her politically and on so many levels.

Rand Paul, Ted Cruz, I mean who else has enough popularity to run on our side? Maybe Bobby Jindal can get us that much needed undecided and conservative Democrat vote? Though based on the comments on this website, I doubt it.

If we don’t put forth a candidate that kicks ass, we as a party are totally screwed! Sure, Christie is a RINO, and a tool, but man, are we going to give Hillary the White House over this? If Republicans are going to let Christie burn, we better pick and rally behind our 2016 candidate! This needs to happen now, not two weeks before the elections! So what are we going to do to prevent the Rotten monarchy from becoming reality?