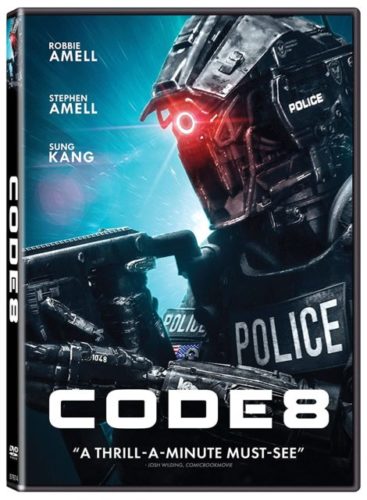 Here we have yet another film that showed up on my suggestions list. This one has the actor from the series Arrow on it, and another dude who I believe is his brother as well. I don’t think you can go wrong with the guy from Arrow, even though I don’t know his name off the top of my head. Sorry man, but you rock!

The premise of the story is about super-powered people and how society frowns upon them. As you watch this film you can immediately tell that there is some political message being sent via the way people speak about the super-powered folks.

Does that sound familiar to you? It sure sounds familiar to me. I perceive that there is a two fold message there. One is that registration makes it easy for them to control you, which tends to favor the views of gun rights activists. The other is that there is always a fear of the “other” in our society which echoes the cries of our immigration problems.

Overall it’s a fairly entertaining movie, it did leave me with some questions and slightly unsatisfied by the end. But I think overall it is a good film and maybe I’m just not getting the ending portion of it clearly. This is another film that I feel comfortable recommending. Especially if you are into super-powered folks.