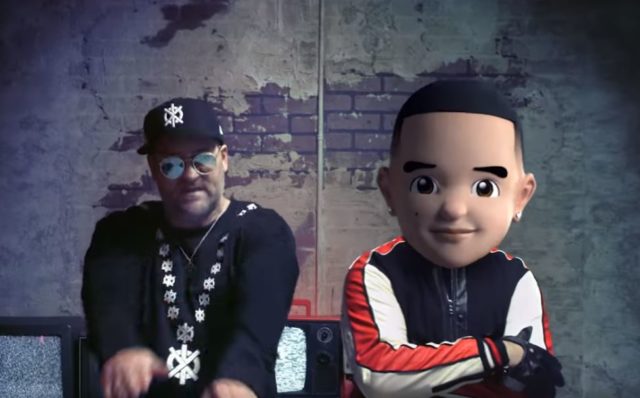 A lot of the younger generation is not aware of how Reggaeton music came to be. Nowadays you have guys like Bad Bunny who make original songs, but those of us who have been around just a little bit longer know what’s up.

If you listened to reggae music back in the days, you knew way back when where Reggaeton was coming from, reggae.

Granted, there were some artists like Vico C who I think where creating original music, but what really took off and got the genre super popular were the Underground Mix tapes, especially those by DJ Playero.

Take a look at this new video by Daddy Yankee “featuring” Snow. Featuring the original freaking artist who made song! LOL. Bro, come on man, that’s his song reworked. But listen and get at least to the hook.

Now listen to the original one below…

Back then, and even now as is obviously evident here, guys like Daddy Yankee were basically taking songs by Jamaican artist like Papa San (look at the names) and reworking them into Spanish songs. Yes, I know, Snow is a white dude, I’m just having a hard time finding solo versions of other songs like this original which was reworked into a Reggaeton song.

Don’t get me wrong, I’m not hating, I fucking love Reggaeton music a lot. I’ve been bumping those joints I’m talking about since the late 80s and early 90s! But even then, much to the displeasure of my Puerto Rican friends, I was honest about calling them out on their lack of originality in creating music. I mean, you could play the songs side by side and it would be identical, except for the words and language.

Again, I’m not hating, I love, love, love those old school Playero mixes, and I still listen to them.

That’s my shit. But just cause I love it, doesn’t mean I won’t admit what it is. I’m just calling it what it is. Listen again to “Informer” by Snow, then listen to “Con Calma” by Daddy Yankee featuring Snow. It’s the same fucking song.

Again, I’m not hating, but just like movies, artists are rebooting music like crazy. But then again, it’s been going on like crazy with other genres too. Look at how much music has been sampled over the years.

It should be noted, I haven’t heard a damn thing from Snow in a very long time, so I’m sure he’s grateful to Daddy Yankee for this attempt at reviving his career. Snow and Yankee have been around since the early 90s. They are pioneers in this game, so it’s dope that he’s looking out for him.

I wish more current artists did things like this for those who came up before or with them. Not many of the old school guys are as big as Daddy Yankee, and I wonder at times why he doesn’t work with them or give them work. I’m sure he’s got his reasons.

I love Reggaeton music, but I found it funny when I heard some kid talking about this great new song that Daddy Yankee just created. I’m a pretty big Daddy Yankee fan, but let’s be real here, he ain’t create this song, kid…

For good measure, here is one of the greatest parodies ragging on Snow back in the 90s.