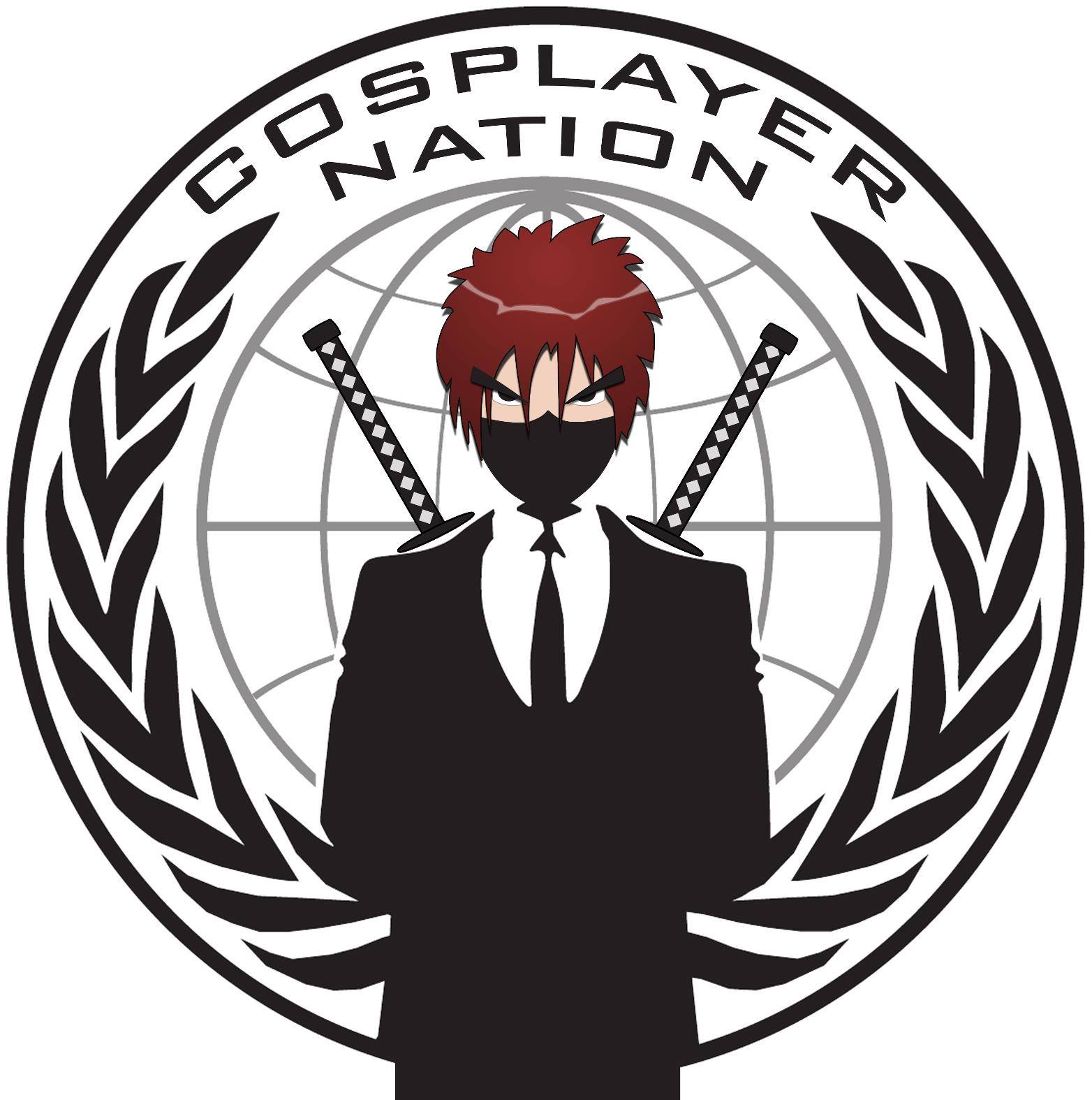 Being the editor of a growing website, as well as a super friendly, social butterfly has its perks! Sometimes I get lucky and get some awesome opportunities! This Cosplayer Nation Documentary review happens to be the by-product of one of those awesome opportunities! Thanks to Jason Linetsky and Joshua Adams for the hook up on this one! I hope I do the project justice without revealing too much!

As many of you know, I am a performing music artist, and I search the city looking for new and exciting places to perform at all the time. Most recently I discovered an anime themed Japanese cafe, Maid Cafe. Last week I went there and I had like a mini concert on the open mic. It was quiet, so I was able to go up many times, and rest assured, I did! On this evening out I met some cool people. One of them happens to be an anime enthusiast by the name of Jason Linetsky, he also happens to be one of the editors for an anime newsletter. As is the case when you meet one person in any given community, that connection opens up an entire new world to you! This world of awesome anime enthusiasts has now come to the  attention of NYCTalking! I recently saw a post from my new buddy Jason, where he referenced an anime documentary and he mentioned some names that I recognized. So I decided to inquire about it with him. He put me in contact with Joshua Adams, one of the documentary film makers who was kind enough to give me a sneak preview of the film so that I could talk about it here.

Let me tell you guys, I am an anime fan. To this day, I still get teased for watching “Japanese children’s cartoons!” People don’t realize that these are not just cartoons! Anime and manga stories are just as developed and in depth as any action or drama film I have ever watched! More so in some cases! That being said though, I am far from an anime expert, and I guarantee that if I were to attempt to get involved more deeply in this space, I’d be looked at as a poser or an amateur of the highest order!

I’m okay with that though, I’m perfectly content being a casual fan. I have never been too interested in dressing up or participating in cosplay to that degree. So don’t worry guys, unless I’m fighting in a Mixed Martial Arts competition, or it is Halloween, you probably won’t have to see me in any tights. Maybe. I am a fan though! This documentary is very, very thorough. It’s not any different from any documentary that you could watch on discovery channel, TLC, etc. Except for the fact that they have such massive amounts of live video footage, which makes for some audio and video inconsistencies, you have a very well put together film.

Whether you are a casual cosplay fan like myself, or a professional cosplayer, you will be able to enjoy this film. Obviously someone who knows about the people in the scene will enjoy it much more than I did. For me, this was the first time ever “meeting” most of these folks, the only professional cosplayer that I know is Linda Le, aka Vampybitme. Although she has never once acknowledged me, so technically I don’t “know” her, I simply know of her. LOL.

So here’s a pretty awesome tidbit of information that I did not know before watching this film, apparently cosplay became a thing in Japan, AFTER a reporter from Japan by the name of Nobuyuki Takahashi attended World Con in LA back in 1985 or so. He took the idea back to Japan and coined the term Cosplay. Who knew that the idea for doing this actually came from the United States! I always thought this was a Japanese thing!

Throughout the film they interview many people. You get to listen and learn from experts in Japanese culture as well as the big shot cosplayers and small time alike. The Japanese experts stated that the Japanese people are really good at taking things in from other cultures and “Japanesizing” them. Lol. We are also reminded that the Japanese culture was already highly artistic in terms of dress and the sort. I mean, you see it often, the Japanese ladies dress in awesome outfits when they go out! Don’t deny it! They are always styling and profiling! Is that a stereotype? Well, even if it is, it isn’t a bad one cause they be looking FIINNEEE… LOL. Also if you think about how Samurai dressed, or even Kabuki, make up practices, and so on, the culture as a whole seems to enjoy dressing up! Look at the picture below, even the trees like to get dressed up all pretty and stuff… Hahaha. When I was watching the film, I found it hilarious that there was a person wearing like this gigantic red dog costume or something, and these individuals are having these heartfelt conversations about identity and how cosplaying gives them an outlet. What was funny to me was hearing this small female voice coming out of this big red creature. It’s kind of like hearing Mike Tyson speak for the first time after watching him brutally annihilate an opponent in the ring. It just doesn’t physically match up. LOL. It’s cute though, not Tyson, the big dog thingy. Throughout the film you are introduced to many popular cosplayers, they talk about their experiences and motivations behind cosplaying. Some go on to talk about how they transitioned from simply doing this for the love and fun of it, to actually making a living from it.

It will come as no surprise that some people think that cosplayers are a little bit weird. I mean, there is nothing out of the norm with full grown adults that are dressing up in cartoon or fuzzy bear outfits, right? What the hell are you doing yo! Grow the hell up! Wedgies must be handed out! LOL.

Well, one of the cosplayers makes a really great point to shut those types of people up! She said that cosplayers are no different from other people in our culture that dress up. She mentioned how fans go to baseball games, football games and other sporting events. Nothing outstanding there, right? Well, this is where she gets you! She said that they paint themselves, they put on outfits, they don giant fingers and some ever wear mascot costumes! Yet these people who are doing the exact same thing, are socially accepted as normal while cosplayers are not. The same people that say cosplayers are weird are the ones with a giant team flag painted on their chest without shirt on, and a beer hat or something.

Touche cosplayer, touche. She makes a very valid point, either they are both weird, or they are both not. You can’t pick one group of costume lovers to hate while loving the other, that just ain’t right! Hypocrites!

Over the years, cosplay has become increasingly popular, so much so that they have even had a reality show. This is a fact that I found extremely funny! Just like most reality shows, this one is not very different. Some cosplayers have beef with one another because of the costumes they wear. Some criticize how one may be using physical uhm, “assets” to get attention, instead of using talent and costumes. It’s some seriously funny stuff that you would never expect from this community. Cosplay beef. That’s awesome! LOL.

This community is no different than any other, and that applies to the good and the bad of it. If you are a cosplay fan, you will enjoy this film. You will learn a lot about the cosplay scen as a whole and quite a great deal of cosplay history. The Cosplayer Nation documentary covers all that I have mentioned and so much more! If you know any of the major players in the cosplay game, then you will probably enjoy this film even more than I did! If you haven’t been lucky enough to catch a screening at one of the festivals, stay tuned for the DVD release date, a little birdie told me that it may be coming later this year.

Jason Linetsky Eri Ko Reni Nyan Joshua Adams Joshua Adams Hitomi Hime Usagi Kurono Andrew Doctor I tried to do the film justice, give enough info, but not a play by play or any spoilers. Hope I did this justice.

Jason Linetsky, Joshua Adams, if you want me to link anything in there, let me know and I’ll add them when I get home later tonight. Thanks!

Hmmm I thought this came out already

So did I, actually.

Cool review. I was thinking the same of the girl in the dog costume. May have been a fox. Then got fascinated that the mouth was moving with her speech.

They’ve been filming this for a long time

They’ve been screening it in various conventions but it’s not out on dvd yet.

But Jason Linetsky, we can’t talk too much about it, some people haven’t seen it. *oh snap*.

I’m gonna make that distinction in the article tonight.

Hi yes this version screened at NYC was the dvd one. We wanted to make this cosplay documentary the best possible especially with the recent timing of Heroes of Cosplay. In all, it turned out for the better and thank Angel Rodriguez Jason Linetsky Geisha Vi and others who shared their opinions

Now to sneak into your luggage for future footage trips, Joshua Adams. 🙂

Thank you NYC Talking for stopping by to see this fascinating world of cosplaying across America!

You are most welcome. Thanks for sharing this with us!