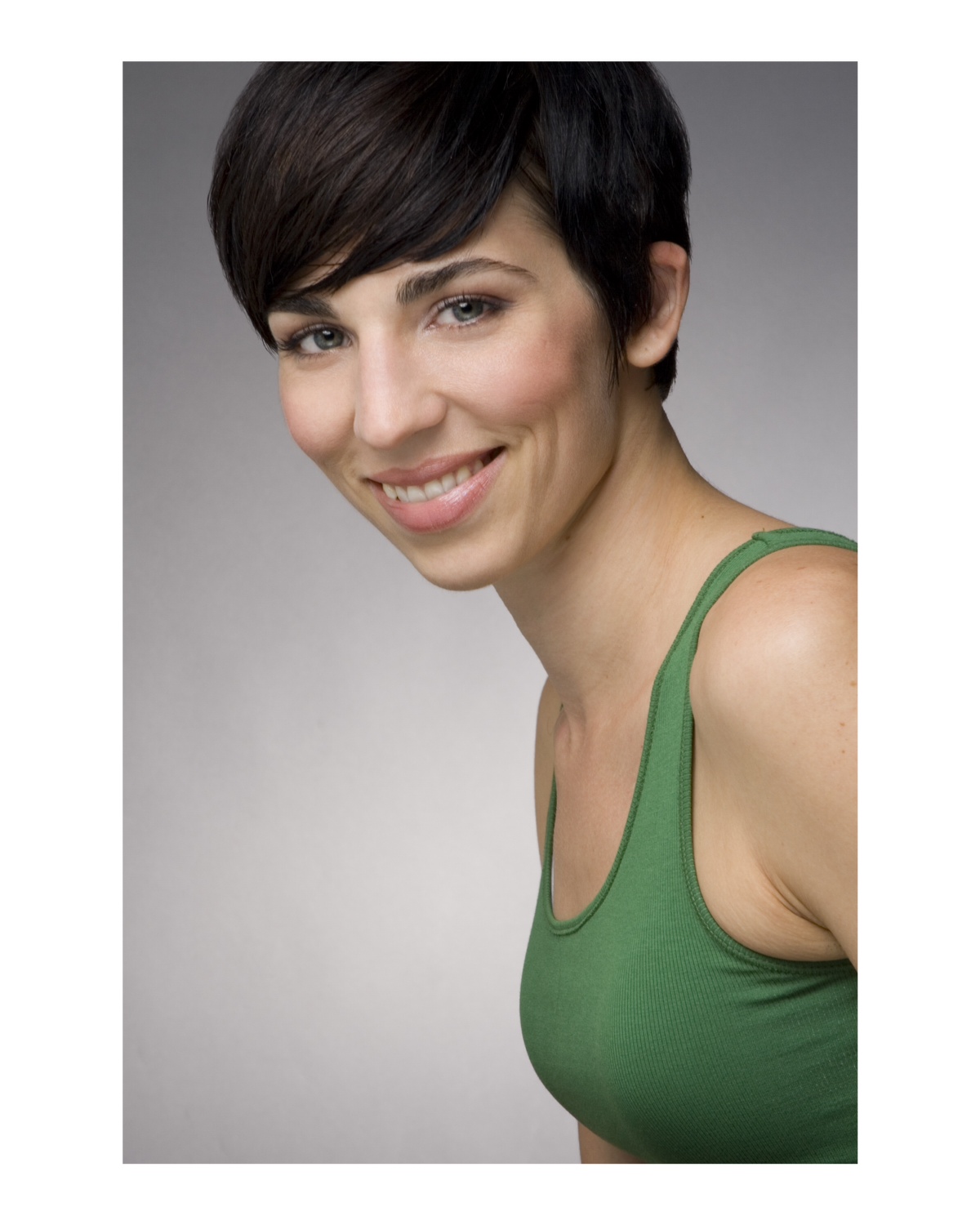 In college, I found myself not getting cast in many plays, so I decided to produce my own. At the time I was taking a required Directing course, so to fulfill the credit my friend and I produced a night of one-acts; each directing one and acting in the other. The following year, I produced and acted in a full-length play. I was set on being an actor, so I began creating performance opportunities for myself.

After college, I moved to New York City and began working in little plays and films. A couple of years later, when the novelty of being an independent young artist in NYC wore off, I came face to face with the antithesis of my dream: Was I going to get anywhere in this industry? I was working hard, but the results weren’t coming in the way I wanted. It’s a mental challenge to stay focused and on track. Life felt quite a bit messy at the time. I took a look around me and began changing things. I asked for help, followed my natural interests and began figuring out what being an artist means to me.

I took a goal-making class with Capes Coaching. I had wanted to set the goal of getting an agent; my coach shot the idea down and threw a counter-suggestion at me, with a twinkle in her eye, that I start a theater company. Oh, I had considered this before and my thought process went like this: There’s no readily available lighting equipment in NYC, or volunteers for the sheer love and experience of it. There’s no stage waiting for my free use. It’s not like college where everything is handed to you – Ahem! My producing experience from college, which felt like it had been forced upon me at the time, had actually prepared me very well for the real world. This is the magic of deciding what you need, going after it, and never taking no for an answer. Once I decided to start a company, the resources appeared immediately. In the fall of 2006, college alumni jumped on board, we won a free rehearsal space through The Field (a not-for-profit that supports artists through classes, workshops, artistic feedback, grant-writing info, and other development resources), and our friends and family donated generously to our fundraiser. We put on a few shows, and each one improved as our company progressed. We were creating something, and we were learning, and then a pivot point came. I felt it, my co-founders felt it. Are we going to keep doing this? Is it a hobby? Do we want to move it up a level? Did I personally just want to focus on my acting instead?

We naturally went our different ways, but I was nowhere near done yet, I was just getting started. I had found a great acting coach; someone who I innately knew was going to help me get to the truth of my acting, something I had been semi-consciously searching for my entire adult life. The company, Alacrity Players, went on hiatus for one year. When I reinstated it, as Alacrity Project, I began making the company and its image an extension of me. I still don’t know how other people start companies, or how they run them, I just do what works for me. I began infusing it with my style, personality and tastes. It became a way for me to figure out who I am, how I express myself, what I love, what inspires me, and put it into practice. Instead of wanting something and wishing for it, I went out and created it.

Now, Alacrity is always changing, growing, and morphing because I am. These days I need for it to be a collective because I have detailed visions for my own acting – producing is a full-time job. I bring my own producing and acting ideas to Alacrity, but I also hold the space for others’, and help create a platform for their ideas to take root and become an artistic process that can entertain audiences. To date, Alacrity Project has produced three shows, held fundraisers, and launched A Live Series in June, 2012. As part of the Series (at Arlene’s Grocery in the Lower East Side) we’ve brought in sketch comedy groups, solo shows, a staged reading, and are currently producing our second Monologue Jam. We have more Jams, staged readings and one-act shows planned. Nine months into A Live Series, we have a growing community of self-initiated actors, artists, and producers coming together, who are excited about creating opportunities for themselves.

A supportive community is one of the most beautiful, exciting and nurturing things, in my opinion. In fact, without the support from my college theater department all those years ago, I never would have had the resources to produce my own first one-act – which launched my career. That’s certainly a more powerful and dramatic way of looking at it.

The meaning behind our unique name? Alacrity anagrams to clarity, and means moving forward with energy, ready cheerfulness.

Thank you so much, Angel! You are amazing.