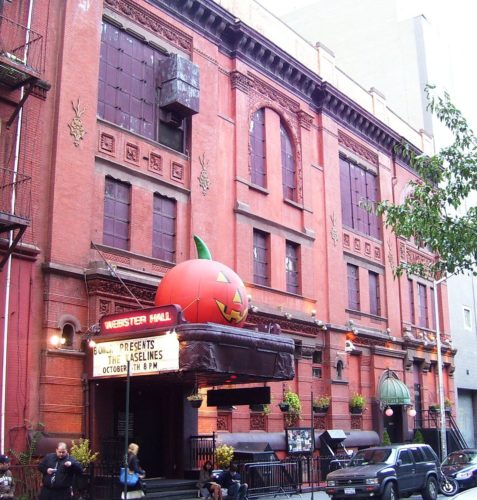 Crying at the club

Years ago, I was heartbroken due to the loss of a woman who I felt I was deeply in love with. In hindsight, I’m not sure if it was love or not, but it sure felt like it at the time. It certainly hurt, and that’s undeniable.

As part of my “getting over her” process, I decided that I needed to party and start hanging out. The plan seemed okay, until I put it to practice. I remember that I was in the “basement” room at Webster Hall. I’d been drinking quite a good deal and I was pretty damn drunk. I was talking to women, dancing, and having a decent time.

The song “Just in Case” by Jaheim came on, not a big deal, right? Well, actually it is. See, this is a song that I often to used to play when I was with the heartbreaker who I was there trying to get over. The song became associated with her, and there I was, trying to forget her, and the song came on. Did I mention that I was drunk? I was living the lyrics to Donny Caballero’s “alergia” before he ever thought about writing a song at all!

Let me tell you about me and alcohol, generally alcohol makes me a lot of fun. I become silly and generally I’m a blast to be around. However, if I am sad, or angry, it exacerbates the feelings, and then I’m not as fun. I’ve never done anything over the top because I tend to still have my wits about me, but if I’m in a bad place, alcohol tends to make it worse.

The flood works began ladies and gentlemen. At the basement, in Webster Hall, drunk, surrounded by beautiful women, and I was there crying like a little baby. This one girl noticed and came over to talk to me. She asked me what was wrong, and we started to talk a bit. I could tell that she felt pretty bad for me, there I was, this very fit, young, handsome fella, at a club, and looking pathetic crying over a woman who didn’t give two shits about me.

The young lady tried to comfort me, and said, “Look around, you are surrounded by so many single women right now, but you are hung up on this wack chick who dumped you. Get over it,  you’ll be alright.” She then gave me a kiss on the cheek, rubbed my face, and went to get another drink. At that point, I decided it was time to go, and I made my way out of the club.