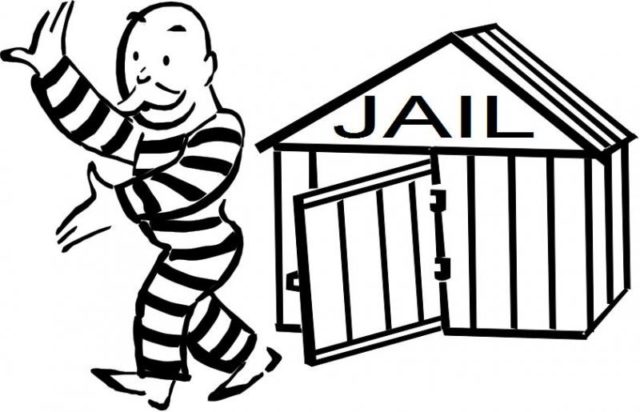 When I was a kid, my pops got locked up a few times. I can’t remember much of that time, but I do recall my dad disappearing for a while. Mom never really told me where he went or what happened. I guess she was protecting his image to us, and I can dig that.

There was one time he was gone for an extended period of time, like 6 months or so. That’s when I kind of realized that my dad was in jail. I don’t recall how or why I got that idea, but though I was very young, I knew.

I can recall one time where our landlord, his name was “Rivera,” had given my mom an envelope. I heard the term “bail money” but I didn’t know what that was and I couldn’t google back then, cause you know, google didn’t exist.

Eventually I learned that this was money being lent to my family so that my mom could bail my pops out of jail. My pops was a good man all things considered, but poverty, drugs, illiteracy, and having to survive can push a man to do the wrong things.

One of those things for my dad was stealing cars. He was extremely capable in the art of breaking and entering, hotwiring, and then making off with a vehicle. Then he would take it to a chop shop and get a few hundred dollars. A couple of those bucks went to the family and the rest went to drugs.

After my pops died, I wished that I got to hear more about his life stories. He was into a lot of shit, and he did share quite a few tales with me, but for now I can only remember a few, like the time he stole a vegetable truck. As they come back to me, I’ll share them with you all.

Anyway, odds are that Rivera is long gone, but on behalf of the Rodriguez clan, I thank you for bailing my father out of jail.