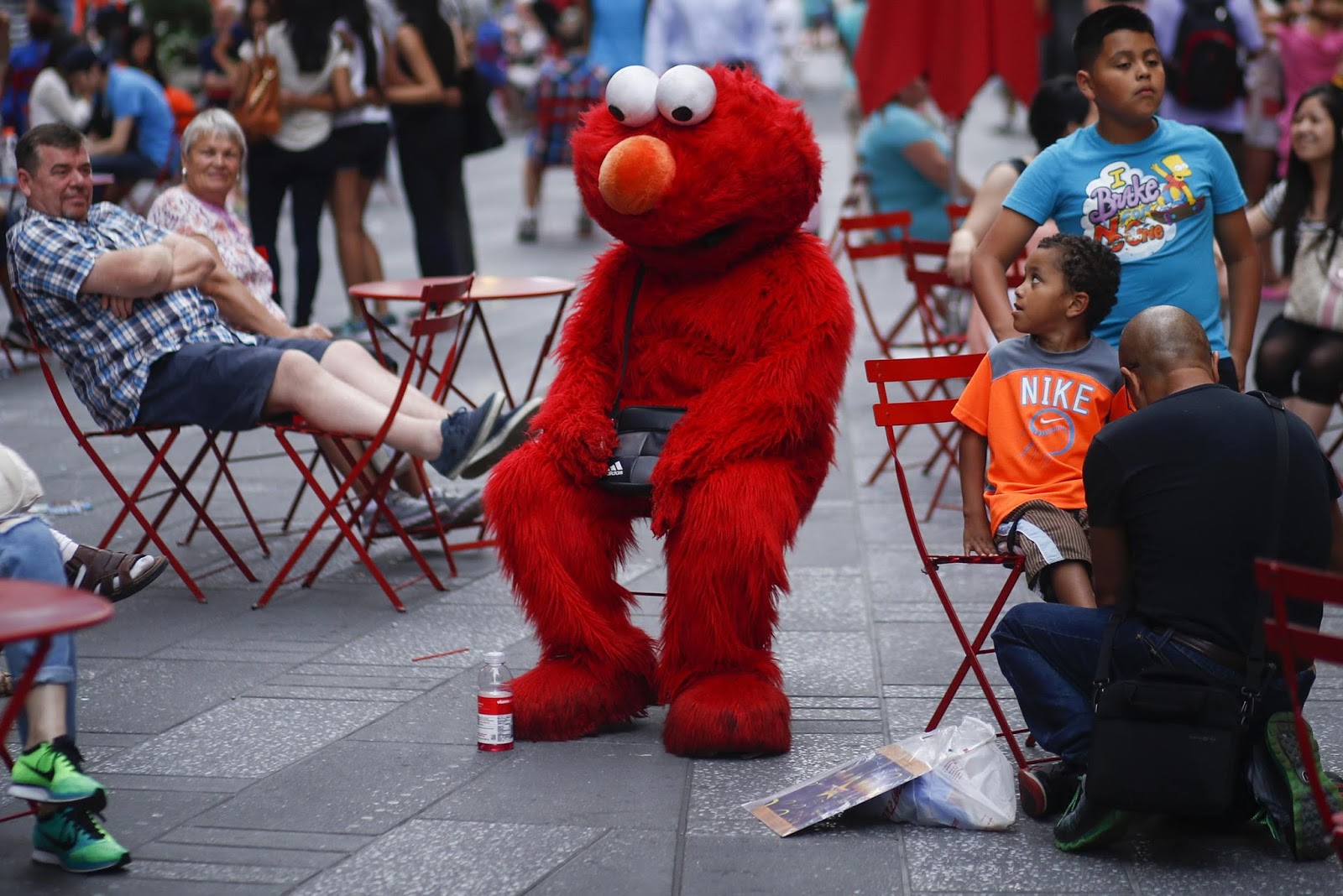 Any tourists, and locals who have been to Time Square have undoubtedly run into the friendly, menacing cartoon characters who claim the area as their turf. These folks will creep up on unsuspecting tourists, smile for a picture, and then demand money! Don’t get me wrong here, I’m not hating on their hustle, a cartoon character has got to eat. Ya dig? Also, I am all for earning an honest living. My only issue is that you should be up front about the arrangement, not after it. Bare in mind that a lot of these folks come from places were tipping is not customary.

The other thing that you should know is that these characters are aggressively trying to make some money. Again, I don’t blame them, but just remember, underneath that Elmo, or Cookie Monster is a human being. You never know who you are dealing with, and that slip of the hand up your skirt may not have been accidental. I’m just saying, be aware. There have been several occasions where the characters have gotten into fights, and though it is extremely comical to see the Easter bunny, or Spiderman and Elmo going in on each other, I will remind you, underneath that mask there is a human being who may or may not be as cuddly and friendly as the character they represent. These folks bring joy to kids, and the city has a love hate relationship with them, but just remember, they are costumes, and these are people trying to make a living. Act accordingly when dealing with them.

Now on that note, check out this dope ass video of the Easter Bunny fighting some dude. It’s pretty messed up that the girlfriend kicked him while he was down, that’s just dirty!