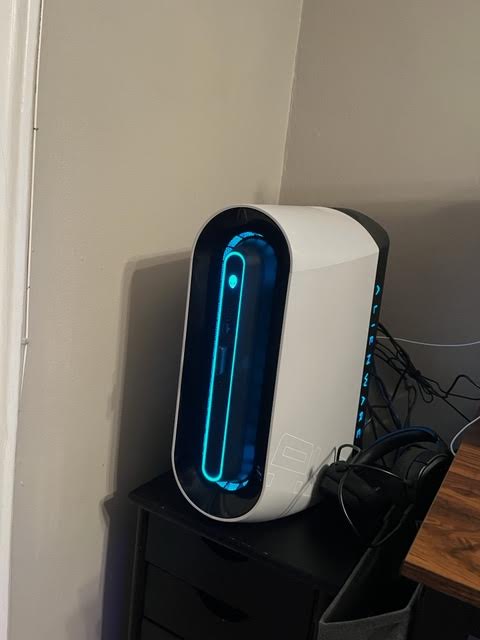 So I’ve been in the market for a replacement work from home pc that can handle heavy and fast video editing. I reluctantly left the apple ecosystem because it doesn’t play nice with everything that I like to do on a computer. For a long time I have been running dual systems and that’s just gotten old. So I decided to consolidate, and unfortunately, that means going all in on windows and leaving apple.

If you read my Omen review, then you have an idea how that experience has been going thus far. It hasn’t been good. Surprisingly, this computer also has power mode issues. The problems are not as bad as the Omen where it would totally die, and technically you could live with it, but when paying over 2 grand for a brand new computer, you shouldn’t have to be troubleshooting anything, and you certainly shouldn’t have to live with any issues.

I got the machine with Windows 11 preinstalled. I tend to like the operating system, but it seems that Dell and HP hardware don’t. While running Windows 11, if you manually put the computer into sleep mode then it would sleep just fine. Unlike the Omen, it wouldn’t stay sleeping and require pulling the plug, but instead of “waking up,” when you move the mouse or whatever it would just reboot instead. So you may as well just restart the computer at that point, it’s cleaner that way.

In any case, I was working with their support people at Alienware Dell and I suggested that I could rebuild the machine with Windows 10 if it wouldn’t void any warranties. I was approved to rebuild it with 10 to test if it worked any better. On 10 you can manually put it to sleep and it does wake up just fine. That works, and that’s why I said you can technically “live with it,” but why should I?

The main issue is that it never goes to sleep automatically no matter what we tried. We spent days troubleshooting remotely, on the phone, I even rebuilt it again, removed all peripherals but still no success. I also noticed that if I have my headset plugged in, then it hangs at that start up alienware screen and the bios doesn’t work. So I had to remove it when restarting. I mean, come on now, it’s just charging a crappy headset!

So at the end of it all they wanted to replace this brand new motherboard and ssd drive with refurb parts. At that point I decided to cut my losses and the many hours that I/we have spent working on this and just return it. It doesn’t make any sense to me that we are replacing parts on a brand new, pretty damn high end, expensive machine! That just seems ridiculous and doesn’t do a whole lot for my level of confidence in the product and the chances of success. I wasn’t looking to rebuild this a third time only to end up returning it. Like a bad relationship, let’s just skip to the part where we part ways.

I was really hoping that this computer was the one, but apparently not. I’m going to return it next week and have ordered a Lenovo legion to try next. I’m hoping 3rd time is a charm, but hey, worst case scenario, they are giving me some high end product content to review, right? You gotta look for the silver lining in all this mess!

How did you get hired?

Someone asked me today “Angel, how did you get hired”. My reply was “I was brought on in 1997 because I Read more