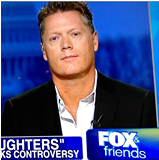 You know, all things considered; I’ve had a good life. I’ve mostly always had decent health; my family is all here with me, and I live relatively comfortably and well. These past few months I have been lucky, but in a different sense. These past few months I have been meeting and hanging out with people that I have only watched on the television. Not only, that, but I am myself headed to a television show come December. I’ll be on a new upwave and HLN production called “Cook your ass off.” I’m a judge and health participant on one of the episodes on season one!

Two of the amazing folks I have met on this astounding journey are Cris and Alysia of The Rendezvous show. I write for the show’s blog site, TalkRendezvous.com. Through these great folks, I have become involved with some amazing events and connected with cool people.

So one of the perks of being a food writer is that you get to eat! Hahaha. Sometimes you are invited, often you go to try a new place on your own, and eventually you can have a celebrity chef come out to kick it with you and put their talents on display. Wait, what?

Yes, you read that right, Chef Barret a contestant from the very popular television show Hell’s Kitchen bestowed upon myself and my friends the honor of paying us a visit and a home made sampler meal. In his own words here is what Chef Barret prepared for us:

As if that wasn’t enough, when I walked through the house, the guys were recording The Rendezvous Radio show and who was on with them in the studio? No other than hall of fame WWE Legend Luscious Johnny Valiant! I’ll tell you, that guy is one funny man. Stay tuned for a future post dedicated to him and our time together.

So what can I say about Chef Barret’s creation? We had pan seared sea scallops, the one item that is often the downfall for many contestants on the show Hell’s Kitchen. Chef Barret prepared the scallops with a wasabi cauliflower purée in heavy creme with a roasted corn salsa, some peppers and the final item I can’t even begin to pronounce or spell. Watch the video above for that one! Hahahah.

Now I don’t have the eyes, pallet, or critical food expertise that Chef Gordon Ramsay has, and I can only wonder what he would say about this meal. Watching the show, I’m sure he’d have something to say! But then again, so do I? I’ve got something to say: WOWZA! This dish was absolutely delicious! Chef Barret has some amazing culinary skills. The scallops tasted delicious, not rubbery or fishy at all! I could split the scallop using only my fork, and if you’ve ever had “not good scallops” you know you have to use a chainsaw to get those things split, and that they can end up tasting very fishy and gross! The texture and flavor these scallops had are a great sign when dealing with seafood! This shows us that Chef Barret used fresh, high-quality ingredients. It shows us that the scallops were not over or under cooked, and finally, it shows us that the flavor profile was on point. “On point” for those that don’t speak Angel’s version of Bronx speak, means that it was damn near perfection. “On point” learn it yo!

The purée was AMAZING! Oh my lord, it was so good. As a frequent eater, I have had the pleasure of eating at many of the top-level restaurants not only in NYC, but throughout the globe. This purée was as good as any purée I have ever eaten anywhere, I’d say that it was probably even better! The way the heat and various other flavors meshed together was an absolute delight to my pallet! Anyone who knows me is aware that I love mashed potatoes, but those are super high in starch and fat from the butter; this cauliflower dish could easily be used to replace the mashed potatoes in any dish, and it is infinitely healthier for you in terms of caloric intake.

That’s the #Cookingyourassoff #cyao judge in me speaking by the way! In fact, this delicious dish could have been featured as one of the healthy items on the show! I am confident that the dish can win over any audience. Chef Barret expressed interest in #cyao should they have a season two coming soon, I guess we’ll be the ones to determine that huh? So make sure you watch! Tune in and watch the show starting December 1st and every Sunday thereafter at 7pm on HLN via Upwave! You’ll see me, and other regular people like me judging a cooking competition while simultaneously regaining our health!

Chef Barret stated that he would like to be on the show, but he’d like to be on the other side of the counter, as a judge. Pretty cool if you ask me! It’s only natural that after being judged so often one would want to be the one eating. The same applies to entertainers. This past weekend I was performing at a anti-bullying charity event, and the super talented Beverly McClellan (The Voice) said, “I seldom have the opportunity to be entertained as I am always the entertainer.” The same could be said of a Competitive Chef like Chef Barret. Chef Barett’s story is rather complex; he had only attended culinary school a few months before going on Hell’s Kitchen. However, he still made it on the show; that’s pretty impressive. Chef Barret has also been involved with music and is a veteran. Thank you for your service Chef! Speaking of the military, he said he greatly admires and respects military and prison cooks. Hear me out here, there is a reason that a celebrity chef would say something like that. Think about it, these guys are given scraps to work with, zero good ingredients, yet they always manage to make something edible! That’s got to mean something!

Chef Barret enjoys cooking; it was apparent watching him in the kitchen. I have never seen such an efficiently oiled cooking machine live and in action. From the chef having his own cutting utensils, to the chopping and prep to cooking, the plating and finally cleaning up. When we offered to help clean, he said he was already done! Skills! I am honored that I had this distinct pleasure of eating his cooking. Chef Barret is a cool dude to hang out with, and he’s a hell of a good cook to boot! See what I did there? I said “Hell” get it? Like Hell’s Kitchen, yeah, I know you love it yo!

Check this y’all, Chef Barret is available for private events and parties. He’s not only a great cook, but he’s down to earth and super cool to kick it with. He’s definitely a superstar with the insanely stiff Mohawk, the dope ink, and the bling, but don’t let that intimidate you or take your focus away from his culinary skills. The man can cook!

You can book Chef Barret on his website Chefbarret.com. He’s also very active on Facebook and on Twitter, he said this weekend “I managed all my social media; I can’t have someone replying as me when they are not me!” I agree strongly with that, no matter how big I may become, when it comes to correspondence, you will always encounter me. I’d rather remain silent or take a long time in replying, and it be me, contrary to having someone else replying on my behalf. If you have met, or end up working with Chef Barret, please share your stories here in the comment section! I’d like to thank Chef Barret once again for coming all the way to Queens from PA to hang and cook for The Rendezvous Team, NYCTalking, and Hall of Fame Wrestler Luscious Johnny Valiant. Thank you!