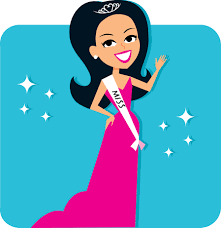 I don’t know why these random memories pop in my head, but they often do and quite randomly.

I have few memories of this woman. She was a beautiful, Latina from my native homeland of Puerto Rico. Once I asked her, (in all my masculine insecurity) “Was I a good lover?” She replied with, “You were very, very attentive, Angel.” I think she was referencing how I spent a lot of time downtown and over her body. She truly was a sight to the eyes and I really wanted to take her all in. Her body tasted like sweet candy. I couldn’t get enough of her taste in my mouth, and I believe that is what she was referencing specifically about my attentiveness.

Years later as we spoke of our encounters, she kind of hurt my feelings by saying “we just had a fling.” It was kind of like in the movies, when a guy says, “I think we had a nice relationship,” meanwhile the lady laughs and says “What relationship?” I was kind of surprised that she dismissed it so easily as just a fling. But hey, that’s okay, I thought it was more than it was, clearly.

At the end of the day, we shared time together, and she is forever embedded into my memories. We stayed good friends, and eventually she married and relocated. We’ve lost contact since then, but I’ll never forget this beautiful Latina fling who once won a certain Ms Puerto Rico City pageant. Out of respect for her privacy, I won’t share that part though.