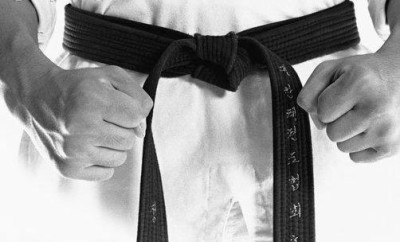 When I was a kid, I used to train karate. Back then, my instructor was viewed as a mythical being. This man was a Karate black belt, he had been through years and years of training, and he’s now teaching us the way to greatness. That’s the way us kids looked at the authority of our black belt instructor.

Me and some of my friends used to attend the karate program in a community center program where the cost was relatively low. My mom (greatest mom ever) was able to put me into the program for a few months. I eventually quit going because we couldn’t afford to pay for the ranking test, and I felt frustrated being left behind as all my friends advanced through the ranks. Though I never made it past white belt, I knew plenty of higher belt katas though! LOL. Anyway, we were pretty poor back then.

One day, my mom told me that she saw my teacher selling little toys in Harlem. I didn’t believe it, there was no way that this God man, our master, had a “regular” job selling little toys. He was a black belt! My mom assured me that it was him, she said he recognized and greeted her. I was very upset at learning this news. How could a man of such great power and status end up doing such a menial, normal, human job?

This was one of my first lessons in things ain’t always what they seem. As kids, and even adults, we tend to glorify certain individuals. We do it with movie stars, music artists, professors, and even some friends. We put these people on a pedestal, and then one day, we learn that they are just as freaked up as we are, or worse!

Since that time, and through other harder learned life lessons, I’ve learned never to put anyone on a pedestal. Though my master did nothing wrong, to a kid who thought he was larger than life, this realization was a major disappointment. I know I was wrong in thinking that way, and I am ashamed of admitting how I felt about it. But this is the real truth. You guys know that when I share, I share the truth. Even if it makes me look like a spoiled brat, or an jerk.

As a grown man, I have learned to respect all working men and women, no matter the job. An honest dollar deserves all the respect in the world. But, as a child, I obviously didn’t know better. I guess that the point of this all is, that at the end of the day, no matter your status, where you are at in life, where you have been, or where you are going, we are all only human.