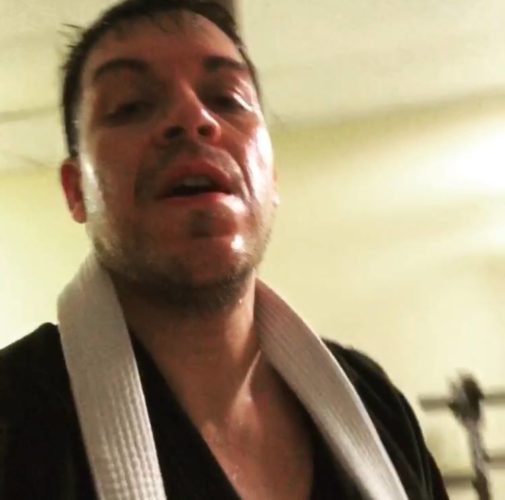 One time I tapped someone who was significantly higher ranking than me. To me this was a big deal, I was a white belt and I managed to tap a purple belt. I assumed that this was something you share with people because it’s very rare. However, my gut told me that I should investigate this, and that I shouldn’t say shit about it until I got more info. I figured that the purple belt could feel offended if I spoke about it. So I stayed quiet.

What I did do was that I went and asked one of my experienced homeboys if I should talk about the fact that I caught a purple belt? Was this something the instructor should know in regards to knowing about my progress, etc? He said the following words, “In jiujitsu, we don’t tap and tell.” He told me that what happens on the mats stays on the mats. I was much younger, and still learning the rules and etiquette. That was the day that I learned that you are not supposed to talk about it if you tap someone. It’s bound to happen, we all get lucky sometimes and everyone makes mistakes in training. That’s why it’s called training.

I wanted to share it, but I kept my big mouth shut and learned that valuable lesson from my experienced friend. Since then I have gone on to catch blue belts, high white belts, and even a purple once or twice. Again, we all get lucky. However, I never spoke about that when it happened. I just left it on the mats like he told me. I’m glad that I asked my homeboy about that before starting to flap off at the mouth in all my excitement over tapping someone who was way better than me.

Now I share this very old lesson with you. You may be a newbie in Brazilian Jujitsu and you need to learn the rules and protocols. Now you know! Are there any other protocols that you’d like to share?