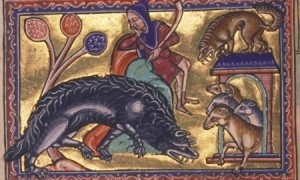 Let’s address something that is often covered on ClashDaily: the ongoing decay of moral fiber in today’s society. No, wait, what I’m going to share with you guys today goes well beyond the decay of moral fiber. As I type this article I am overcome with anger and rage at the level of stupidity displayed by a judge in Oklahoma City. This “judge” (though “fool” is a more suitable title) oversaw a custody battle for a 6 year old child, Sarah Elizondo. Well that’s nothing new, parents get divorced, they fight for the kids, they fight for the dog, they fight for the house, it often happens. This is commonplace in today’s society.

Here’s where the story deviates from the norm, this buffoon of an Oklahoma City judge awarded custody of 6 year old Sarah to her 55 year old father Nicholas Elizondo. Why am I calling him a buffoon? That’s no big deal, why can’t a father get custody of his child? Well, let me tell you why, curious reader: because daddy is an ex-con; not just any type of ex-con, he is a convicted child molester.

Nicholas Elizondo was convicted of “lewd or lascivious acts with a child under 14 years of age” back in 1995. He took a plea deal that dropped 11 of the charges against him and he spent 6 years in prison. Let’s repeat that, this man served 6 years in prison for committing a sex crime against a young child; he is a registered sex offender.

Mind you, he claims that he did nothing to this child, that he was innocent of all the charges brought against him, but opted to take a plea deal. In fact, at some point the child herself may have said that “he didn’t do anything to me”. However, we are not here to try him, the verdict was already handed out based on the evidence produced at the time. At the end of the day, this man was found guilty and served 6 years in prison for his crimes. As far as I’m concerned, right or wrong, there is just far too much reason not to trust this man with any child. EVER! THAT IS WHY I AM DISHING OUT THESE INSULTS TOWARDS THAT IDIOT BUFFOON OF A JUDGE!

It gets even more complex, it seems that the old adage “like father, like son” rings true when it comes to sexual predators. In this case, the little girl, Sarah, told her mother that while she was over at her dad’s place that her half brother touched her inappropriately while she was in the bathroom. So now there are two potential dangers, the father whom we know, according to his criminal record, molested a child and went to jail for it, and we have the son who “allegedly” touched her inappropriately. Now, whether any of this is true or not in either of those two scenarios, I would strongly urge anyone to err in the side of safety on this one.

Look I know that in this world mistakes happen, sometimes people go to jail for crimes that they did not commit. Life can be cruel and sometimes bad things happen to good people, but would any of you bet on the chance that maybe he was innocent? Maybe he is rehabilitated? I certainly wouldn’t! I’m all about second chances, but not when it can endanger children.

The judge that granted this man custody stated that “He served his time and paid his debt to society”. In other words, even though he may be a child rapist, he already went to jail and paid his dues so we can’t punish him for his past actions. EXCUSE ME, JUDGE? Yes, we can punish him and we should punish him! The law already forbids this idiot from going near any place that has children present, such as kid’s restaurants, schools, and so on. What does that say to you, Mr. Judge? It means that he cannot be trusted around children! Society and the law know this, so how in any form of good conscience you made such a judgment call is beyond me. The mother wants to fight the judgment and appeal in another court, but at this time she says that she lacks the funds to continue.

Please take note of this final point, apparently the man had nothing to do with the little girl until she turned 5 or so, the same age that his victim was. Way to protect our young children, Judge. Why don’t you give him your daughter or your young son? You know that this judge is not Conservative in nature; I can’t imagine anyone but a Liberal making a decision like this. So I propose that should anything happen to that little girl, it has to be on the hands of this judge. I strongly believe that he should be held 100% accountable in such a scenario, along with the actual perpetrators, due to his enabling of the situation. This is completely and utterly disgusting.
Sickening.

Shame on you, judge.