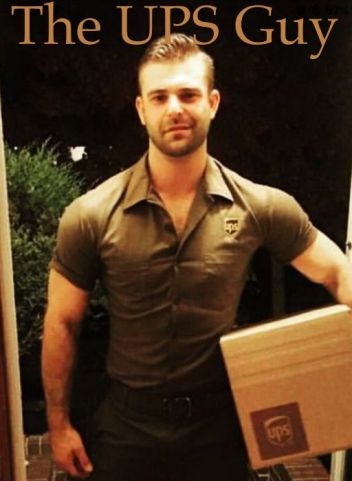 So I went out dancing on that Saturday night, just like many other nights before. Except on this particular night, I was headed towards certain disaster. It all started with a girl, you know, how most male disasters start.

We had been spending time together and I had been under the impression that we were both into each other. This may or may not have been the case, but after my behavior that night, I think I solidified a “may not” as the eventual outcome. I messed up.

I became really drunk that night and I displayed some terribly “immature” behavior. This came to be a night that I am not very proud of. I didn’t fight with anyone or do anything physically stupid like that. I just handled a particular situation in a less than an optimal way.

My friend told me that she would join me for a while at Webster Hall, but that she would be leaving me shortly thereafter to hang out with the UPS guy. Say what? I’ve heard of the mail man showing up at your house while you are at work, but this woman was LEAVING me in a night club to go meet the UPS guy!

My ego took a big hit, as did my macho man pride. At first when I became aware that things were not going my way, I became silent and withdrawn. I took it extremely personally and I felt very offended that I was being left for some other guy. This was before I learned to speak and express myself by the way.

I was younger and very drunk and I had no idea how to handle this. So I just pulled away from her. My logic was “If you are going to leave me, then why are you even bothering to hang out here with me?” I didn’t like clubbing alone back then. I don’t like to chase for women to dance with, etc. I thought she’d be my dance partner for the evening.

In hindsight, I recognize my error. I should have taken that time to show her I was the better man, but well, alcohol and jealousy do bad things to an insecure man. I have come a long way since that night and it was a hard lesson learned. She was beautiful and I think we had a good personality click. Who knows what could have been if I wasn’t such a piece of insecure shit.

So at first I became withdrawn and pretty much left her alone for the duration of her stay at the club with me. Then after she left to meet the guy, that’s when things got really exciting. I went on an insane drunk texting rampage!

On that evening, I broke several rules and made some “rookie” mistakes. This was not something that should have happened to someone on my intellect level at the time. Sure I was younger, but I’m not only talking age wise, but intellectually and experience wise in so far as life goes.

So should I follow Jamie Fox’s advice, choose the easy way out and blame it on the alcohol? No not really. I know the alcohol lowered my inhibitions, but I can’t blame it for my behavior. I blame my ego and pride for the horrendous outburst that nearly cost me a good friend and potential lover.

I made an assumption based on her behavior. I assumed that certain intimacies we shared meant something more than they possibly did. I formed these “beliefs” based on experiences we shared while still being uncertain of her true feelings, thus setting myself up for a very rude awakening.

This was an error on my part, one that should not have happened especially given my knowledge on assumptions. Never assume, always verify and make sure! It is my belief that my mistake, was not entirely unfounded. There were indicators that led me to feel this way. Nonetheless, as I fancy myself more “prepared” than the average person, I should not have made this error.

I took things personally when they were not about me, and had nothing to do with me. Comments were made, and in my mind, I twisted these comments into something that devalued me. Comments such as “I have many options” when put through the drunken filter translated into “you aren’t crap.”

Perception and interpretation are a son of a biznatch! I have made mistakes like that in the past, and will probably make them again in the future. However, as you age, the number of times it happens should be less and less. In recent times, I have become pretty good at dealing with this type of thing and normally handle it very well. In that instance, I think the alcohol clouded my judgement and let my mouth, and fingers (texting) get carried away. However, I recognized it and that was the first step towards addressing the issue.

It just goes to show that no matter how good we get in this game called life, or how mature and knowledgeable we think that we are, there are always pitfalls, setbacks, and mistakes to be made. Anyway, that’s it, I made a mistake, I made the appropriate apologies, I addressed it with the parties involved and with myself mentally, and that is the end of it. Live and learn I say, live and learn…