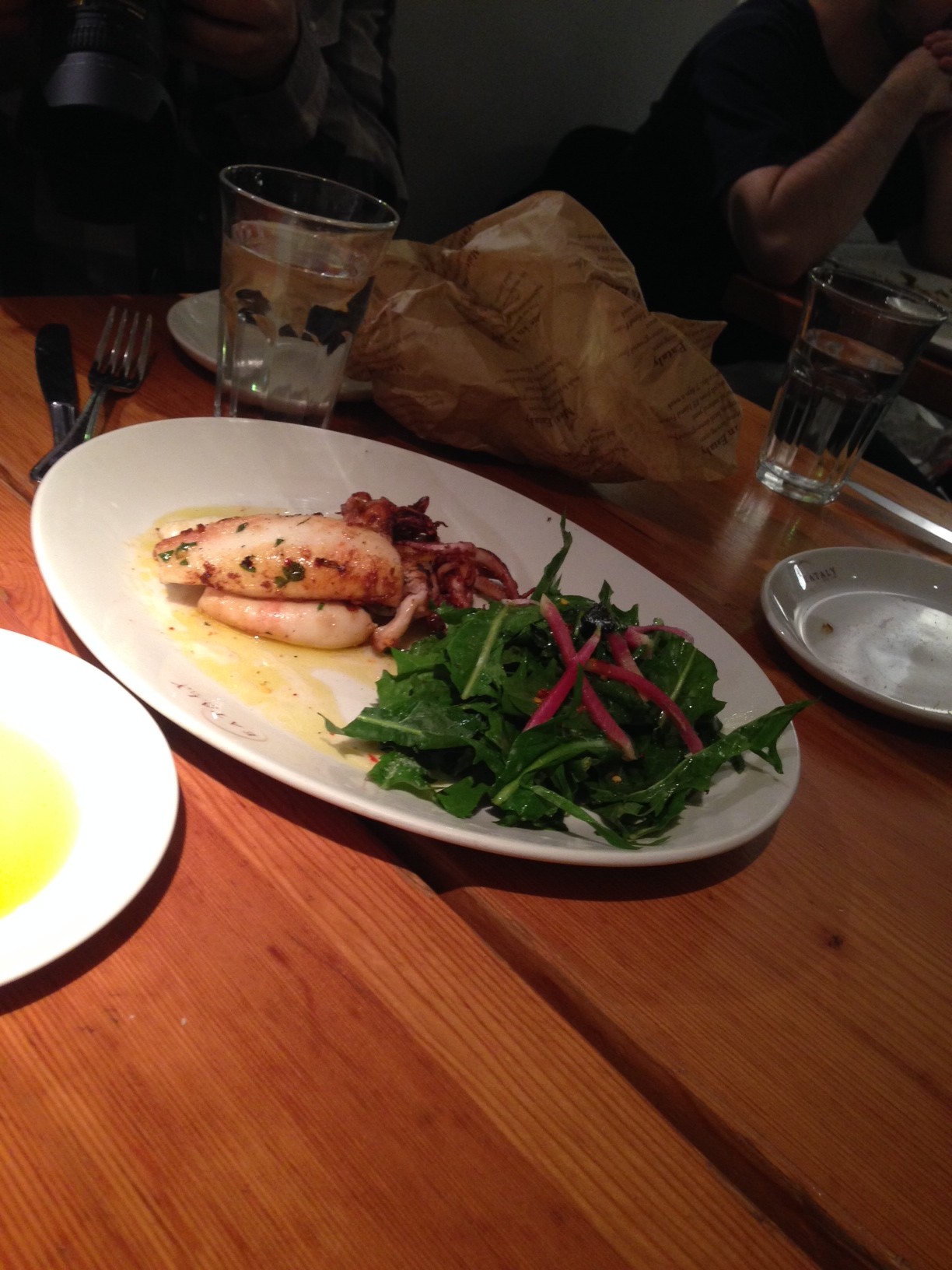 Today I went for dinner with my wife and some friends. We decided to try out Joe Bastianich’s restaurant Eataly. The first thing that kind of threw me off about this place is that it’s not really a restaurant. It’s kind of like a marketplace/mall/foodcourt/restaurant type thingamajig. I was expecting to walk into a fancy restaurant, but instead I walked into this very crowded, large open space, that was a bit of a letdown; however, I made the assumption that it was a restaurant, and that is on me.

That being said we decided to try one of the seafood places within the marketplace, the dish I decided to have was a frutti di mari and it was pretty good. It certainly wasn’t anything to write home about, but it wasn’t bad; it was just okay. I couldn’t really taste any of the seafood, or distinguish what was what; it was like a paella of sorts. The table shared the calamari salad appetizer, and that was pretty good; it is a bit spicy, so beware of that. My wife got the sardine dish, and it was okay. She really seemed to love my sea urchins, she said they were very fresh and delicious. Personally, I didn’t try those, but I did have some of them sardines, and they were okay. My friend Ken had the bluefish; I tasted this, and it was a buttery, oily, type of fish, had a bit of a crunch on the top, and it was very delicious! I liked his dish better than any of ours.

I guess the restaurant’s okay, I would try it again, and I would try the different areas within the marketplace. I wouldn’t go out of my way to go there though. It’s more of the environment that I didn’t like too much contrary to the food. The food was pretty good, but not so good that I would be willing to endure the type of crowd I did to eat there. So if you want to try some fancy food in a not so fancy environment, then give Eataly a try, let us what you think.