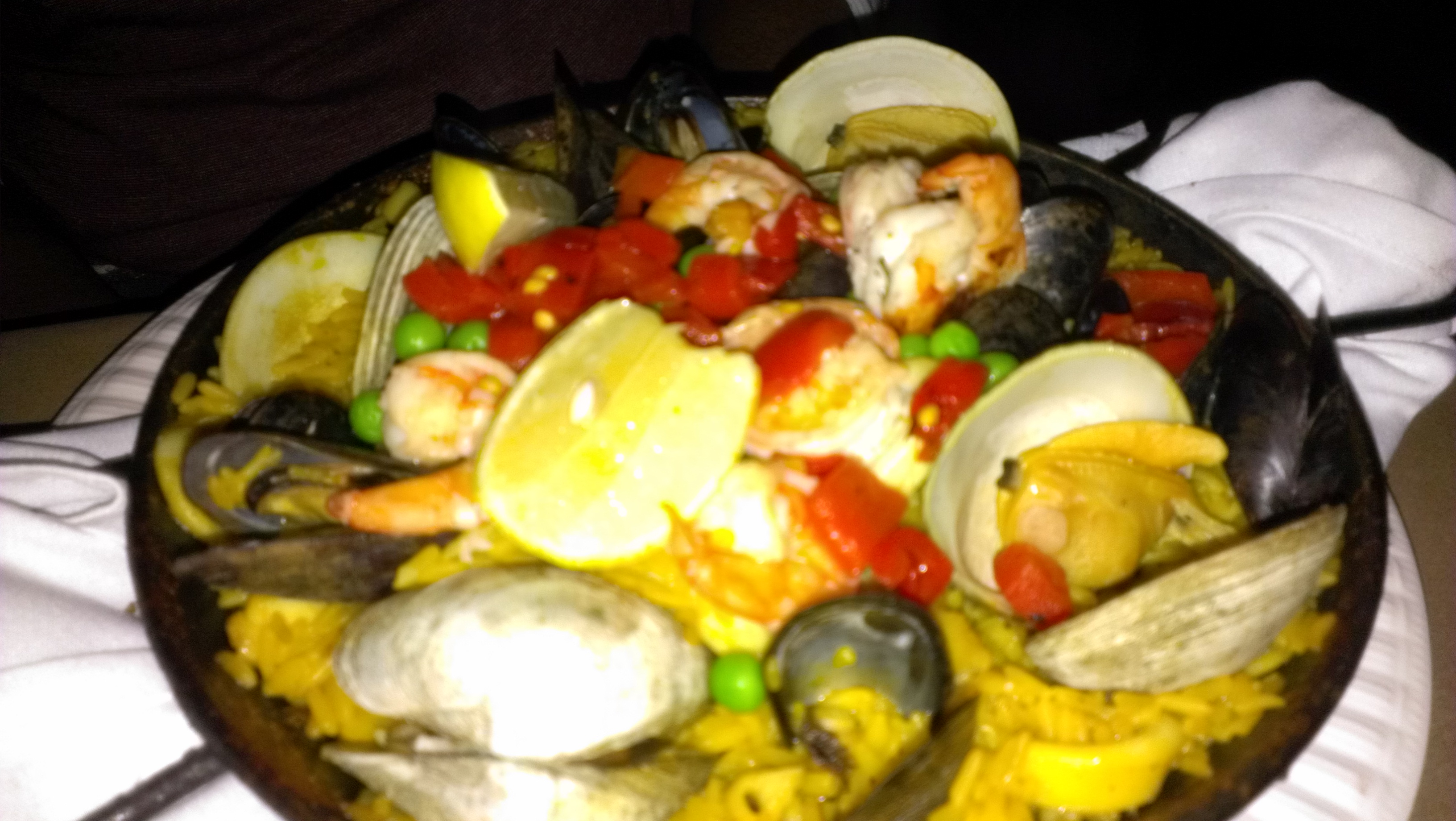 I often seek out new places to eat according to what’s “hot” or highly reviewed on Yelp. It’s no secret that I have an addiction to my Yelp App… so much so, that I cannot just pick a restaurant to dine at until I have read the reviews. Most times, this is an effective way to go. I get real advice on what to avoid or what to expect. In a perfect world, we all would like the same things and we wouldn’t disagree. When using public review sites like Yelp, you are playing Russian Roulette taking dining advice from people you don’t really know.

The other day, my game of Yelp Russian Roulette failed me. And it broke my heart.

It all started when me and my significant other were not in the mood to cook and because it had been a while since we went out, we decided that dining out was the way to go. I live in Williamsburg, Brooklyn. I grew up there. But for 4 long years, I lived in Queens. So much had changed what I moved back to the ‘burg that I had hardly recognized it. Imagine my shock when I learned that Bushwick had become trendy! Even more so when I learned of a Spanish tapas place in Bushwick that was making many people happy.

Reading all the rave reviews from people I knew, I thought- Man, I REALLY need to try this place. Bonus because its walking distance (a mile is walking distance) and it had a romantic vibe. So, hunny and I walked to El Mio Cid.

We had our hopes set high.

And while we were halfway there, the skies opened up and it began to POUR. Out of nowhere. It must be said that while the walk is not bad, the area is industrial so finding a place to hide from the rain is close to impossible. The rain lasted for 10 minutes or so. We were on the soggy side. It might have been a sign. But we pressed on. It felt like a dodgy area. We kept checking our google map to make sure we were going the right way. When I saw the “OPEN” sign blinking from afar, I felt restored. My hopes were bright. My anticipation high. And as we entered El Mio Cid, we found it completely empty.

Looking around we asked, “Are you open?”, the hostess smiled and seated us anywhere we liked. We chose a corner.

Taking it all in, El Mio Cid had a lovely décor. Large portraits of Spanish women, one of them an exact replica of the one my grandmother had in her living room when I was a youngen. It felt good. Cozy.

Being in a tapas restaurant, we saw fit to order the sangria. It was happy hour, sangrias are two for one, and if dining at a Spanish restaurant- sangria should just be automatic.

The wine was a deep burgundy color. The fruit plentiful. The wine itself, a bit watered down. It was just fine, but nothing spectacular. For my second glass, I asked for no ice. That was a much better sangria.

The majority of the reviews mentioned great paella. We ordered a seafood paella and a sausage and chicken paella. Because we are greedy, we got two appetizers too. The fried calamari and the stuffed mushrooms.

The dishes came out in good time. We had some delicious, warm bread to keep us happy in the meanwhile. The fried calamari came with a spicy dipping sauce. The calamari was really chewy.

The stuffed mushrooms, which my boyfriend was NOT thrilled about ordering, were delicious. We were stunned at how good there were, albeit small, very good!

Our paellas came shortly after. Seafood for me, Sausage and Chicken for him. The server stared at the large portions of paella in front of him and did not know what was what. He placed the seafood in front of me, then switched them at the last minute. We dug in and realized, he had it right the first time. So, we switched back. The paella was BLAND. Rice cooked perfectly but because of the absence of salt, this dish was reminiscent of oatmeal. I decided to add a little salt to make it more flavorful and that helped, but not too much. I moved on to the seafood. The tiniest mussels and clams I have ever seen. And tsk tsk tsk, frozen seafood. That fresh seafood flavor, the texture, the aroma, was gone. I had in front of me, a bland bowl of rice with limp, chewy seafood.

I barely made a dent in it.

So as not to offend, I asked to take the rest home. They obliged.

We left feeling disappointed. Our neighborhoods need local businesses like these. We need to also support our local business owners! But the rave reviews for El Mio Cid stymied me. I chalked it up to being an off night.

The following day, I attempted to eat my leftovers. Sadly, the seafood tasted rancid. On another occasion, we ordered delivery from El Mio Cid. Blandness seems to be their M.O.

I cannot recommend El Mio Cid. I really wanted to. I really want this restaurant to thrive. But if you LOVE spanish food and tapas, this place will disappoint.

If lack of salt doesn’t bother you, you might appreciate this establishment’s quiet and romantic atmosphere. And if for nothing else, go in for the 2 for 1 sangria at happy hour, hold the ice, get the stuffed mushrooms and order a slice of tres leches cake.