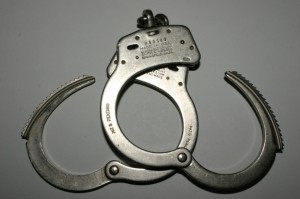 Sometime ago I recorded a Youtube commentary video about a murderer and a rapist that was basically given the opportunity to commit both crimes. Since then I have not once seen anything about this story on the mainstream news or anywhere else for that matter. As such I felt it was prudent to share this story here in hopes that through becoming more aware of the repeated stupidity that our legal officials enact, maybe we can affect change!

So what happened? A girl was raped, and another person was murdered because a foolish judge released a young girl into a home where a sex offender lived. Are you guys getting this all? The girl even told the judge, and she told her teachers that this sick man was taking pictures of her in the bathroom. She informed them that he was asking her to get naked for money, and they did absolutely nothing to protect her well-being and safety.

Due to these horrific acts of neglect, now one person is dead, and the young woman was raped. This is another case of this ridiculous legal system failing our young and the citizens of this land. This guy performed a double whammy here; he committed murder, and raped a young woman. Two of the most heinous crimes a human being can perpetrate against his fellow man, and this animal did both. But who’s to blame for this though? Do you blame a snake for eating a mouse? Do you blame an electric eel for electrocuting something? Do you blame a thief for stealing? Or does the blame lay with those that remain silent, those entrusted with protecting us, yet failing to do so?

There are charges being brought up against these idiots, and I agree with these charges 100%! I feel that the teachers, and the judge, and anyone else that was aware of this should be punished for their willful ignorance and complete, total stupidity! I’m sure it goes without saying what I would like to see happen to this murderous rapist!

This isn’t the first time, and I’m sure it is not the last time that the legal system will fail the “good guys.” Remember the story about the child molester walking free? What about the 3,000 sex offenders that were going to be released, or the child molester who supposedly served his time? Right, and who could forget those damn politicians in Colorado who were protecting rapists?

All these are stories I covered here on Clashdaily, stories where time and time again the government failed us, our women, and our young children. So, what are we going to do about this? How do we protect ourselves and our loved ones when those in power don’t? Check out my video reaction to this disgusting story. You can read the original news story here by our friends at WND.