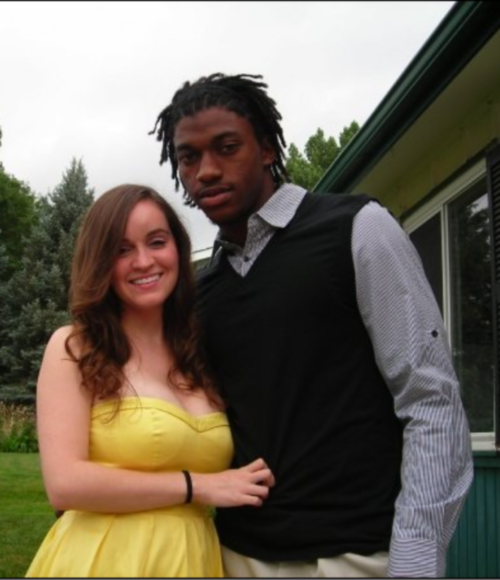 ESPN analyst Rob Parker states that he can’t tell if RG3 is a brother or “cornball brother”. Why you ask? Well because he has a white fiancee and he might be Republican. What is a cornball brother you ask? I guess another term used is “oreo” or “Uncle Tom”, black on the outside but white on the inside. As this guy speaks you can hear him digging himself deeper and deeper into a hole. I’d love to see the rest of this video where Stephen A. Smith says “I’m uncomfortable with where we just went”. Rob Parker looks really bad and makes blacks look bad here.  Funny thing is that I bet he himself is not a real brother based on his own definition.

Being with a white partner, having white friends, even being a republican does not affect your “blackness”.  This mentality is what holds people back and creates further division, and I’m surprised this man is where he is considering the way he apparently thinks. He should be using his voice for something more positive other than criticizing the “blackness” of a player. Ridiculous.  Fail of the day for this dude.

Imagine if a white sports guy said, “Andrew Luck (white QB of the Colts) might be a cornball white guy, because he has a black girlfriend and he voted for Obama.”
He’d be fired within the hour.

Robert Griffin III refuses to be defined by race

Maybe one day people will get past this mentality. People like this guy are the ones that used to tell me “Hey Angel, you are acting white” because I spoke proper English and went to school. It’s pathetic the crab mentality that people like him apply.

The fact that this man is in a position on national tv that allows him to voice his opinion to the country and he makes such a ignorant statement is sad. This is why the black community cant moved forward. I am African American and im proud to be that. Ive been told many times that i act and talk white. Someone needs to ask Rob Parker what being a “Brother” means

It’s terrible that if a black person speaks well and stays out of trouble they are ‘acting white.’ They are bullied in school for ‘acting white’ and getting good grades.

How can the black community move ahead with that attitude so prevalent?