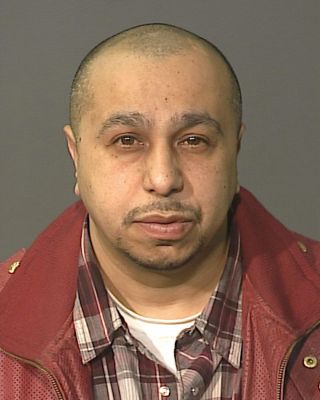 No, you did not read the title wrong, a murderer was driving a car, that most likely is responsible for killing a family, including an infant born after the accident. How does that happen?

A question for our law makers:

Before we get into the details of this case, let me ask our government one question, WHY WAS A MURDERER FREE? Why is a man that took someone’s life free and walking the streets? Why is this man driving? Here is a message for you, YOU are now responsible for 3 deaths, including a newborn infant. In addition to the first life he took, now YOU are responsible for these 3 other lives.

A second question for our law makers:

You put this man, a murderer back in prison for violating parole, and somehow he was freed again. Just last month you pulled over this guy, brought him up on a DWI (Driving while intoxicated) charges and let him go to do it again? Do you see what you have done? Can you see this? The blood of these 3 people are on your hands. How can you give this career criminal so many damn chances at repeating crimes? I can’t understand this.

A little perspective for you guys:

In Florida there was a woman who was the victim of domestic abuse, her husband (or boyfriend or whatever) used to beat the crap out of her. So she went and purchased a gun to defend herself, you know, it’s our 2nd amendment right.  One day as the husband was threatening the woman she went and retrieved her gun, she fired off one shot as a warning shot to frighten him away.  This woman received 20 years in prison for firing this warning shot.

Meanwhile, this man ACTUALLY KILLED someone. He was CONVICTED FOR FATALLY SHOOTING a person!

2. He violated parole and was released again.

4. He has “allegedly” killed a young couple AND their baby.

He was also arrested many times before and had a nice long rap sheet. Does any of this make any sense to you?

HOW IS THIS FAIR? THIS MAN SHOULD STILL BE IN PRISON OR DEAD VIA THE DEATH PENALTY! HE’S A MURDERER! PERIOD!

I DARE ANY OF YOU “GOODIE GOODIE KUMBAYA LIFE IS PRECIOUS TYPES” TO CHALLENGE THIS! I’LL GIVE YOU A FLYING DROP KICK!

The NYPD is looking for Julio Acevedo in connection with the deadly car crash in Williamsburg, Brooklyn.  At around 1:30 am Sunday, his BMW “allegedly” struck a livery cab that was taking Raizy and Nachman Glauber (both 21 year olds) to the hospital because Raizy was feeling ill, she was 7 months pregnant. The baby was delivered via c-section and died shortly thereafter. The cab driver survived.

My condolences go out to the friends and family of the deceased couple. This is just another example of the law failing the good guys. I hope this man is caught soon, and maybe, just maybe you piece of crap law makers will keep him in prison this time? Yes? Maybe? No, you won’t, right? Unfackingbelievable! You can give me a “flying drop kick” if you like (I don’t advise it lol) but you know my stance on the death penalty already, it’s not a deterrant, it’s barbaric and it solves nothing. This man should have been behind bars for life for murder, and had he been, this poor couple would still be alive.

Whoa, it was just the other night I heard that the baby had survived? He died too? Holy shit.

The baby died, was given a circumcision after death and buried with the parents. This is just a sickening situation. Society fails humanity again.

I read the story about the young family….you are so right Angel our justice system is a joke!!!

It is sickening and very sad.

Greta, I won’t drop kick you, but I propose that we take money out of your zumba paycheck to pay for his housing and feeding, because frankly I’d rather see the piece of sh*t dead. No longer a threat to anyone, and no longer my financial burder.

There’s no point in me listing my anti death penalty reasons. It would be what, the millionth time? I would have better luck trying to convince a wall than to convince you on that one. *shrug*

And FYI, keeping people on death row and the cost of execution is far more exorbitant. And there is ALWAYS the added chance of putting down the wrong person. What then? Exactly.

I wouldn’t keep them on death row. Therein lies the problem.

Death row isn’t for everyone, but for a guy like this, who repeat offends so many times, it’s justified.

And you have that choice dear friend. Meanwhile, people keep dying cause of like minded individuals giving these criminals a chance to commit more crimes. That’s why we need guns, so that we are not victims to the people you guys insist on freeing. See what I did there? I worked guns into it. LOL.

When do you not work guns into things? You’re obsessed with them.

And I said BEHIND BARS FOR LIFE. You aren’t even reading my posts.

Of course I read them, but you are a huge believer in “fixing” people, I reference this from past conversations.

Also, the guns was to tease you. 😛

I am for reusable ropes, I will pay for the rope out of my own pocket.