Home / Let's Talk / My experience switching from IOS to Android.

My experience switching from IOS to Android. 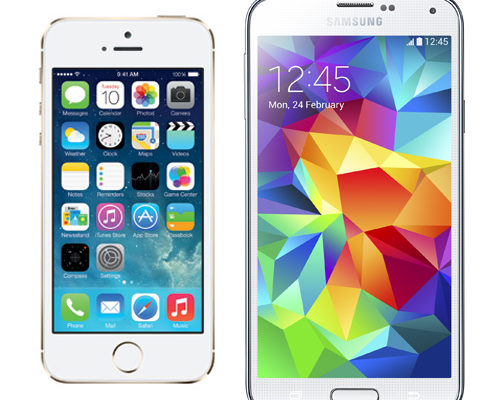 Some months ago I moved from my iPhone 5 to the Samsung Galaxy S5. I heard so much about the benefits of the Android world in contrast to the IOS platform. I couldn’t resist anymore and decided to make the move.

Granted, you have a lot more flexibility with Android. I have a custom keyboard that I really like. I enjoy swipe texting, though I don’t use it that often. No doubt custom launchers are pretty awesome, as are widgets, but that is pretty much it.

The cons start to outweigh the pros relatively fast for me. Sure iPhone had its annoying problems, but when an operating system can’t handle switching to the next song without a 2-minute delay, that’s just way too annoying. That’s the story here ladies and gentleman. Can you picture it? There you are, listening to your favorite song, and here come all those delayed commands. Remember that “skip a song” button you pressed three times 5 minutes ago? Well, it will change, but when it feels like it.

It seems that everything in the android ecosystem was an afterthought. Having come from IOS, I can compare many of the apps. I can tell you that the Android versions are generally watered-down versions of the same apps, reduced functionality, uglier interface, and it feels like taking a step back. It seems to me like a really bad app port attempt.

To make matters even worse, the apps, and the environment are completely unstable. Yes, my iPhone crashed from time to time, but never as often as this environment. Things just worked smoother on IOS.

You trade some freedom for stability. Yes, android gives you a lot more options, but at what cost? Maybe it is a problem with this specific phone model? I don’t know, but as it stands, as soon as the iPhone 6 comes out, I’m leaving android and going back. The lag and delay on this device are just unbelievable.

For my music, I use Spotify, and Google Play. I know that these are Internet-based services, but I downloaded all the songs to my device. Something as simple as changing a song should not be such a frustrating experience. Seriously, guys, it happens on both music platforms.

It’s just unacceptable. Perhaps the reasons that iPhone doesn’t have such an unstable environment are the tight controls they have in place. Since apple so closely monitors their environment, they would not allow half the bugs that are found in the Android environment.

Again, maybe it’s a problem with this phone, but I am sorely disappointed after my move to android. The core, simple functionality that should be there, like switching songs is lacking. iPhone may be copying ideas from Android. They may be behind in terms of innovations on IOS, but once they do it; it works. That’s the major difference I notice.

Oh, I almost forgot. This screen runs so hot; you could probably fry an egg on it. It gets really hot, even when idle in the holster. This move turned out to be a very big disappointment here.

Are you an android user? Am I doing something wrong? Any advice for me, or is my destiny simply to switch back to IOS?

For those of you considering the switch from IOS (Iphone) to Android, here is my personal experience with this.
http://t.co/Ten8uHErgt

My experience switching from IOS to Android. http://t.co/nLu2aXKCic

@Angel Rodriguez I use whatever the boss may gives me. It’s cheaper that way. 😉