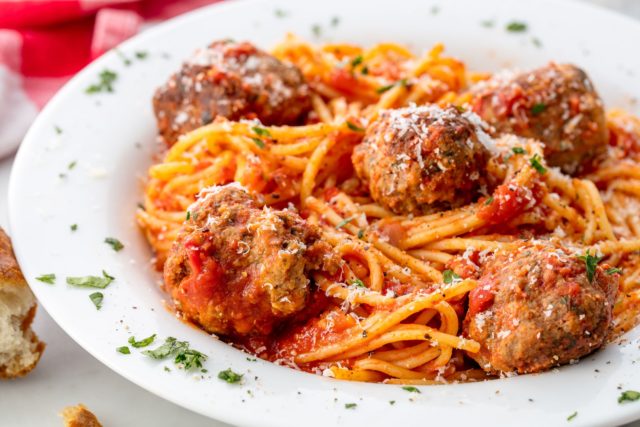 On a given night that feels like a lifetime ago, while I was still married to my son’s mother she made me some spaghetti. This may not sound like a big deal, I mean married couples cook for each other and eat together, right?

Back in those days I was really particular about what I ate. Though I still am to an extent, back then I was a very picky, entitled douche bag. My diet was impeccable, and there were some things I didn’t like.

That time while I was a young psychopath, my ex-wife put powdered cheese on the spaghetti. At the time, I hated powdered cheese (no more) and when I saw what she did I became a jerk and I refused to eat it. I berated her for not knowing better and putting something like powdered cheese on a meal that was meant for me. In my mind, she should have known better! How dare you? You know I don’t eat that crap!

Now, it should be stated, that during that time period I was an asshole to everyone when it came to my diet. Going out to eat with me was a next to impossible challenge. I was extremely difficult and not fun to be around. Basically, I was an entitled, ungrateful asshole piece of shit. This particular night always stayed in my memory and I very much regret my behavior then!

To this day, some two decades later, I will still randomly text my ex and apologize for the spaghetti incident.