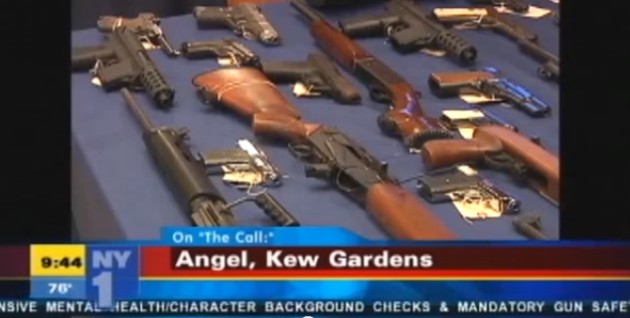 Recently, I wrote a letter to Sean Hannity. In this letter, I covered fighting the good fight in the liberal cesspool that is New York City! I suggested to Hannity that he could fight back, and not let the far left liberals take our city. I know it’s not easy, the only way I can describe living here, while being even remotely conservative, is being thrown into a shark tank with some paper cuts, and trying to keep them from pulling you down and devouring you!

As a follow-up to that post, here is an example of how we can fight that fight. So I often go on various talk and radio shows to share my personal views on the issues of the day. Many times I get on liberal channels and basically share information from the conservative point of view. I will be the first to admit that I am not the most knowledgeable person on political issues, I can’t spew out all these stats and random political information that some people can. However I know a little, and not knowing everything doesn’t stop me from fighting for what I do know that I believe in!

Last year, I got through on NY1′s “The Call.” I shared with John Schiumo how difficult it is to get and keep a gun in NYC. As a gun owner in this very anti-gun city, I have to carefully measure my words with the degree of caution that a politician has to use when addressing any issues of note. If I were to say something that could even remotely be perceived as a threat, or in any way indicating that I could hurt someone, the police could come and confiscate my weapons under the premise that I am not fit to own them. “The powers that be” are looking for any reason to restrict our second amendment rights.

Being the great man that I am, I also volunteer to show these politicians where the real gun problem areas are! You know, the illegal guns in the streets, not the ones in my safe! I offer to take them to the street corners where the criminals dwell. As of yet, no one has taken me up on the offer.

The mainstream media, as a tool for the left, focuses on making us legal gun owners look like criminals. I don’t think there is much I can do in NYC, but one thing I can do is try and talk reason into these people! Ladies and gentlemen, I fight!

Check out the short video of our discussing this very hot topic!