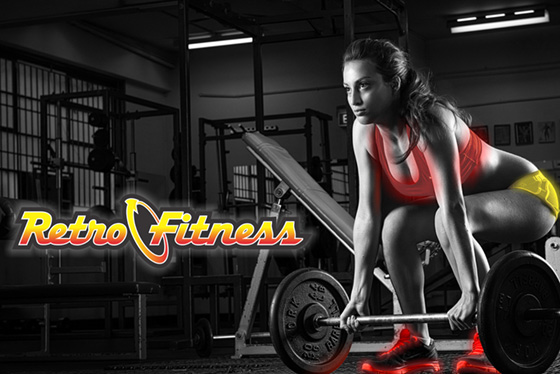 I was recently presented with a very spontaneous opportunity to teach a strength and conditioning class. My training focus has been kickboxing, and the secondary has been step. Strength is a modality that I feel I can teach, but I haven’t been preparing for it. So I did what any hungry, aggressive, goal oriented beast would do, I went for it.

Diane over at Retro Fitness extended an invitation for me to try out today. I was not entirely prepared, but I went for it. The gym is not opened yet, so I auditioned in my dress pants, a t-shirt, and sneakers. I told Diane and Luis not to hold the dress pants against me, they got a kick out of that.

I shared my current journey. Where I’ve come from, where I’m at, and how I decided to pursue teaching, even before reaching my target weight. Making that a part of my journey. They were impressed with my progress.

I had all my gear with me, but I didn’t want to hold them up, and the gym lockers were not prepared yet, so I only changed my top, and put on sneakers. As previously mentioned, I totally kept my dress pants on. I demonstrated some strength exercises, stretches, and though I believe I was solid, I felt as though they were not very impressed with that. I would consider it basic at best. But strength training is strength training, the part you need to practice for a class is the queuing, and the motivational words as they push through. Believe it or not, I rehearse all that, talking to myself and my invisible class while practicing my routines. Though, I hadn’t done it for strength, and I’m sure it showed.

I was then invited to show them my forte, so I switched from the Soca music I chose the evening before, (did I mention this was all last minute and entirely winged?) and put on my techno kickboxing mix. Now I was in my element, and the confidence level immediately went up. I was no longer winging it, I was now demonstrating that which I have been practicing day in and day out for months, even before becoming certified! I started it very basic and easy, and again, I think they were getting bored, I noticed watches being checked, so I decided to jump right into some more advanced, challenging moves and striking combinations. Okay, that’s what they were looking for, now I have their attention. When I demonstrated jumping jacks into side kicks, their eyes went wide, and they looked at each other nodding. At that point, I knew that I had finally done something that they were specifically impressed with. I was told “the last five minutes of what you did were perfect.”

Man, and you did all that in dress pants!

Afterwords, I changed my top and shoes. Went out and spoke with them for a few minutes, and then I was offered the job. I will be teaching a combination of strength and cardio kickboxing. We are working on a name for it, one that encompasses what will be happening in the class, but doesn’t scare members away. I’ll be part of that creating process, and I’m still thinking on it. I have a few ideas. I also have some training ideas already coming together, as well as safety concerns. I’m not sure we want to have weights around, in a class where we will be jumping and moving around. Unless I set up stations, and have them rotating, having weights and jumping is not a good idea. It depends on how many people too, but we’ll play it out as it comes.

It’s interesting, I wasn’t nervous in the sense that one gets nervous when doing something for the first time. My nerves were calm as one can be. I was very aware of what was happening though, I noticed when they looked at their watches, and I was very aware of when their attention wasn’t being held. It was just matter of fact, not nerve wrecking, just matter of fact. When that happened, it let me know that it was time to move on from a particular move or technique. Just the same, I could tell when they were intrigued, and then I built on that.

It was a very fun experience. I’m super excited, and grateful to have been given an opportunity to begin my Group X Fitness career, and at a brand new gym location to boot! That’s pretty damn awesome. I’ll be doing a 6am class twice a week, and though I am not a morning person, and I don’t enjoy getting up so early, dues must be paid, and we must earn our right to teach in “prime time.” Just like in the military, you gotta earn your stripes. Again, I’m just extremely grateful they gave me a chance, and I’m going to run with it! Beasts will be made in my classroom! Hooah!

It’s interesting, just under a year ago, I was extremely fat, (275pds) and clearly out of shape. I decided to make a commitment to myself, and change my life. I took the necessary steps to achieve that, and I’m nearly at my target. Now, all these months later, while still on my own journey, I’m committing to changing other’s lives too! Though it has required some extra work and financial investment, my journey is currently unfolding nicely. I am very happy with the trajectory life is taking!

Friends, if you have a goal, just go for it, you can do it, and don’t let anyone (including yourself) ever tell you otherwise!