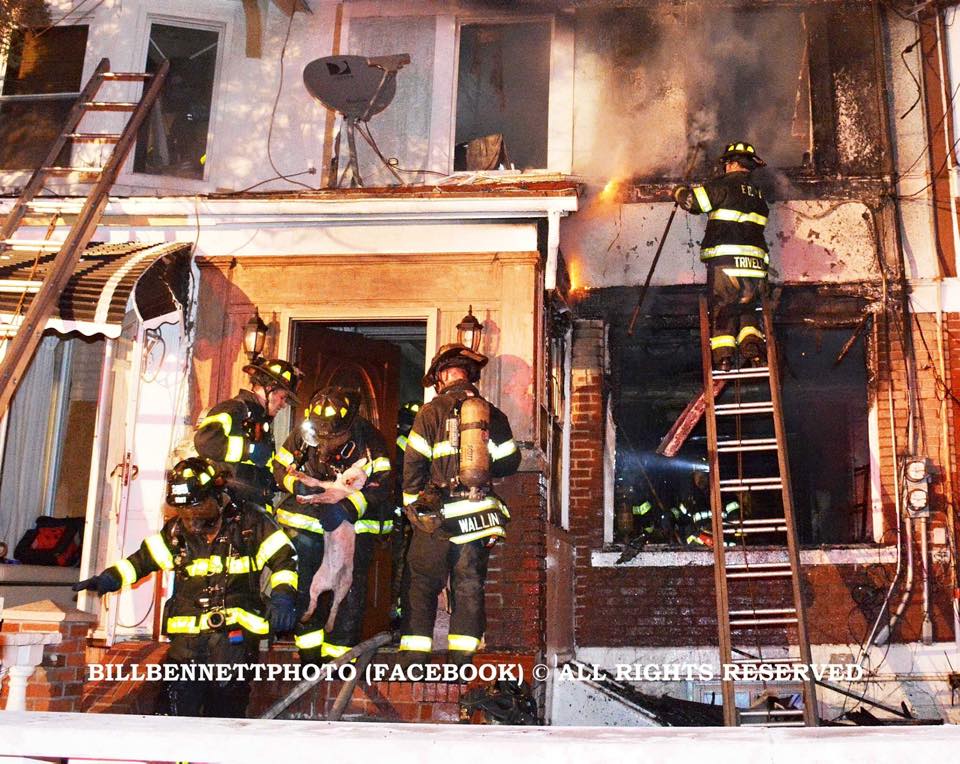 You’ve probably heard this saying many times, “Heroes are not born, they are made.”

A hero can be your teacher, your parent, your friend, or some super athlete on television. The term hero can be as subjective as beauty. To us, he may be a terrorist, to his followers, he’s a “hero.” To you, Miley Cyrus may be a fool, but to her millions of followers, she’s a hero. It is usually a subjective term. However, there are times when the term hero is universal. Such is the case in this story.

New York’s Bravest, our firefighters. They step into crumbling skyscrapers to save lives, small homes, buildings, docked ships, and they do so at their own peril each and every single time. They do this because they care and want to save lives, not for the money. Because I have yet to meet a wealthy public servant.

Cristino Melendez, a local firefighter in Queens, along with several fire houses responded to a four alarm fire that spread from 1 two family home to 8 houses in the Woodhaven section of Queens. Thankfully no one was seriously hurt, though 6 families (28 people) have been displaced and are being helped by the Red Cross. 8 minor injuries were reported, 2 of which were New York’s Bravest.

The civilians and firemen all displayed heroic efforts in fighting this fire, both attempting to help evacuate people from their homes. My heart is heavy for the folks who lost their homes and belongings. Allegedly the fire was caused by a lit cigarette, and quickly spread as the houses are all nearly connected.

Cristino Melendez who is an animal lover, is seen here attempting to save a dog by administering CPR.

The heart breaking part of the story is that the doggy didn’t make it. However, I tip my hat to Cristino Melendez and the brave firemen from all these firehouses for their efforts to save lives, both human and our four legged furry friends.

Thank you to New York’s Bravest, you guys are true, undeniable heroes!

Following are the Fire Houses that helped fight this blaze, if I miss anyone in this list, apologies! Send me the names, and I will proudly add them!

**UPDATE: It was announced today that the blaze was set intentionally by a Luis Lopez, 30. A tenant at one of the houses. May this dirt bag face the full consequences for killing this poor dog, hurting those people, and ruining the lives and homes of so many innocent people.**

Four alarm fire in Woodhaven and the forging of heroes http://t.co/gjnTLf8m7K

Four alarm fire in Woodhaven and the forging of heroes – http://t.co/rjY620khrg via @Angel Rodriguez http://t.co/J66cROx4Uz

Four alarm fire in Woodhaven and the forging of heroes – NYC Talking http://t.co/A6YuoSVRFW

This was a great post. Thank you for highlighting the brave firefighters during this tragedy. I’m sorry to hear the dog passed. At least they tried their best to save him/her.

@eric_ulrich @nytimes Here we go! Honoring the heroes who save lives. http://t.co/CkQvLqTCVW

God bless our firefighters and all first responders! I am sad to hear the dog died… my worst fear is that a fire will happen in my building and I won’t be able to save my dog. I love that they tried to do what they could. Nice post Angel!

This is the true definition of a hero! http://t.co/CkQvLqC24o @FDNY #fdny #life #heroes #bravest