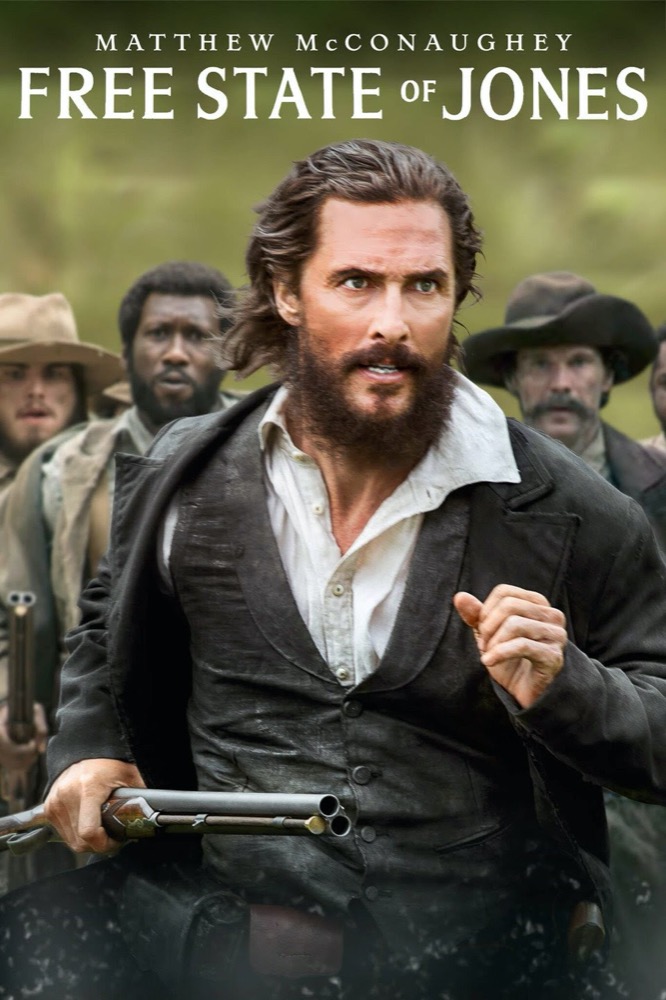 The lady and I watched this movie today. It was the story of Newt Knight, a man who seemingly led a rebellion against the confederacy during the civil war.

Watching this film, you’ll feel exactly how you expect to feel. It’s going to make you angry, the blatant racism, the abuse, all of it is sickening. However, there are parts that will make you go, “YES, YES, YES” as you watch.

This is based on true events, but I’m willing to bet that they “Hollywooded” it quite a bit. You know whenever they make a movie about real life, they adjust it a bit to make it more exciting.

From my reading on the web, if you talk to some people from that area in Mississippi, they’ll tell you he was “white trash” and the story is being exaggerated for Hollywood.

His great, great (not sure how many greats) granddaughters from his freed slave partner Rachel said that the family situation is complicated. Apparently, there are some who are descended from his white wife, and they are Confederate types who want nothing to do with the others. There’s another mixed branch from a cousin, and of course the black and white branch with him and Rachel.

The film was heavy, I liked watching it and found it educational as well. The road for equality has been long and treacherous for our black brothers and sisters, as well as anyone who’s supported them. Seems like some things don’t change too much, eh? The 1800s weren’t that long ago! Considering current events and how the divisions are so similar, have they changed that much? There’s even talk of another civil war, things really do change slowly don’t they?

Check out the film, you’ll see some familiar faces and learn a thing or two about our country.