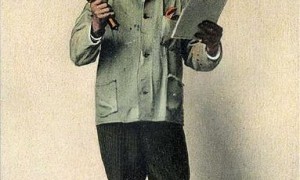 A Chinese activist, Shi Tao, was recently released after spending nearly a decade in a Chinese prison. He was released 15 months early, the reason for that is yet unknown. The reason for his 10 year jail sentence however is well known. In a nutshell, Shi Tao was emailing someone about the massacre at Tiananmen Square. Yahoo released an email to the Chinese government that showed Shi was openly discussing the army’s crackdown on protesters. This is a big no no in China, you are not allowed to openly discuss this topic. Doing so, well, doing so can get you 10 years of hard labor in a Chinese prison.

This brings me to the point of this article: our often taken for granted freedom of speech. Most of the people I grew up with in New York City are liberals, that is a fact. These folks are some of the most “politically correct” individuals you could ever possibly meet.

Years ago, I read a book called Looking Out for Number One. In this book, the author spoke about how some people always need to be a part of some form of movement. He called these people “the crusaders” because of their need to be in some form of organized group rights activity. New York City is full of crusaders, folks that are quick to protest anything and everything.

The crusaders are led by crusade bosses like Al Sharpton, Jesse Jackson and many others that are quick to take up a cause if it benefits them. These folks will protest anything at the drop of a dime.

If I say the word “black” instead of African-American, these guys are quick to take a stand. “Angel, that’s offensive, you should refer to them as African Americans, they don’t like to be called black!” If I say the word “Jew”, depending on the way I say it, I’ll also be called a racist. If I say that I am pro-gun then they will quickly attack me and blame me for all the gun murders of the world.

In NYC there is a protest group for everything. I have even covered groups of people that sympathize and defend child molesters and pedophiles. When I talk about my complete and total lack of mercy for these criminals, they bring up humanity, equal rights and fair treatment. They have even come up with a nice, politically correct name for them, “minor attracted people”. They claim that it isn’t their fault, that they are “born” attracted to children! You sick freaks!

I digress though, if I start up on the pedophiles then I’ll never move forward with this piece. So yes, where were we? Ah, right, Liberals. These people think that they have the right to protest by birth. Whenever I point out to them that they have this right ONLY because of where they live, they become angry and defensive. They curse the United States of America and cite places like Canada and Europe which they say are so much more advanced than we are socially. They claim that there are actually more places with freedom of speech than places without it.

I’ve been called a blindly loyal fool. Well, I can’t argue against that; with all her faults, the U.S.A is my home. I will always step up to the plate for my home when I see someone tearing into her. Foreign and domestic, ironically enough it’s usually someone that lives here that speaks ill of her.

Many claim that this country is racist, that we oppress certain groups, and that we owe the people something. As if the current welfare and nanny state is not enough? I recently read an article that stated that not enough Latinos are using Obama phones! Latinos are underrepresented among Obama phone users, wow! Yes, Lord help us should we become independent and get our own phones!

I know America is not a perfect country, we are still young in the grand scheme of things. All things considered, looking at the current state of the world, I’d say we are still pretty much the best place in the world to live. That may change if our leaders continue to destroy our way of life, but we can still save the nation! Vote the right way when the time comes and make a difference.

Don’t forget, you have freedom of speech because you live in America! Whether you like it or not!