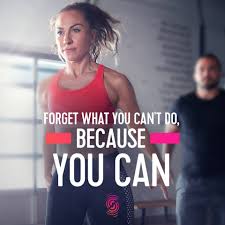 So as I said in a previous post, I wanted to become a Zumba instructor, so I signed up for the training and I did just that. Not only that, my wife came with me and is also licensed to teach Zumba. As you’ll see on my instagram, we practice choreography together nearly every weekend. In this post I’ll share on how I went about getting a Zumba license.

First things first, the Zumba police doesn’t like it if you refer to it as a certification. You get a license to teach the format, it’s not a certification process. There is no “test,” it’s just a license. Once you complete the 8 hour training, as long as you are a ZIN member, you will remain licensed to teach Zumba. Otherwise, you will have to take the same 8 hour training again. And as cool as it was, it’s not something I’d like to repeat unless absolutely necessary. I do not like duplicating efforts, so I’m paying for the ZIN membership as long as I am interested in teaching.

Also take note that in order to teach Zumba at many gyms you require your Zumba license, ZIN membership, and in some cases a general group certification such as is earned through AFAA or ACE. I have had my AFAA certification for over a year now and just added Zumba to my repertoire of skills. For all intents and purposes, I’m legally prepared to teach. I say legally because there is still the matter of learning, cues, and creating choreography. That’s the fun part!

So let’s talk about the license training. When we arrived, most of us just sat in a bit of a circle formation and started to socialize with one another. By the time Jimmy arrived to register us, we had already began to open up and be friendly. He was happy about that as it made his job easier. I like Jimmy, his vibe and energy was really cool. Plus he was a very funny guy. Definitely digging him.

Initially, I had sent him a slightly passive aggressive email because he hadn’t responded to a query. I guess sometimes I can be spoiled and expect a near immediate response. In any case, I actually like the guy a lot, he was really cool and had great energy. He’s just a very fun person to be around and I’m glad I didn’t pursue the email thing any further before we met. Super cool dude, if you get to meet him, I’m sure you will like him too

After sometime Irena arrive. I had looked her up online prior to signing up for the training. Yes, I totally prescreen people to determine if they are worthy of teaching me. So I already knew that she was going to be fierce. She has a powerful personality, a strong presence, and these beautiful eyes that make you feel as though she is looking right into your soul. It’s fascinating and rather intimidating at the same time. She’s insanely fit and strong, and in my opinion a great representative for the Zumba brand. I try my best to not be judgmental in life, but when it comes to fitness, I’m a firm believer in that if you are teaching it, you should be living it and leading by example. One look at Irena, and you’ll know that she’s all about fitness.

So the beginning of the class was just like taking a Zumba class at any gym. Well, it really was master class led by Irena Meletiou. It was a fun class and I liked most of her songs and choreography. She did have one song though, it was like a tango or flamenco or something and I couldn’t follow or get into that one. I really didn’t like that one at all, but that’s just a stylistic and preference thing. I’m not into that type of music or dance. You might love it, me, not so much.

That’s fine though, you are not going to like every song that an instructor does. When I take a Zumba class, the way I kind figure out if I’ll ever comeback is whether or not I like at least 85% of the music. For me to enjoy your class I have to enjoy the music. I must love the music, and if the music doesn’t resonate with me then I can’t enjoy the class and I’ll never come back. Anything less than 85% and I feel like I’m wasting my time. If I don’t like the music it starts to frustrate. So yes, her class was pretty fun and a great workout! She provides a very intense high-energy workout, she’s the real deal folks.

After the class, and throughout the day we were taught the basic movements in the four core rhythms of Zumba. Salsa, Merengue, Reggaeton, and Cumbia. At one point we had to create a choreography to a song, we had to lead a small group, and we practiced the movements many times over. Taking this training will not make you a Zumba instructor so to speak, that comes later as you continue to learn and practice. What you will leave with is the basic knowledge and the license to teach. However, you’re not going to come out of there with 15 brand-new choreos under your belt.

As far as I’m concerned, this training is a formality. I’ve been doing this fitness thing most of my life, and I have been taking Zumba classes for years. This is not a knock on Irena, or Zumba B1 training, but I didn’t really learn anything that I didn’t already know due to my AFAA training, fitness background, and the dozens of Zumba classes I attend on a monthly basis. Some of which are led by Jammers, and simply amazing instructors. I’ve been doing this for years so there really isn’t much that I’m going to learn at the basic level, however it was necessary for me to do it and I did enjoy it.

At one point we were following choreography and Irena told me “Stop being a man, stop being a man and let her lead you.” I was confused, but eventually realized what she meant. I realized that I was on the wrong foot going through the movements. The problem is that I have been learning everything on my left foot. I taught myself not looking at the mirror, but facing the participants. So when I start choreography, I generally lead with my left foot which is their right as we mirror each other. It’s  rather confusing to me when I am a participant because my brain always wants to start on the left. But I figure it’s better to have that problem, than to be stuck facing the mirror and not be able to face group.

So it took me a few seconds to understand what she was saying. She said “stop being a man,” but I wish she would have said “stop being an instructor.” I wasn’t thinking as a man because I don’t dance, and I have no idea what a man does when dancing! LOL. I do think like an instructor though, so I generally start with the left foot. I thought that was pretty funny and I was totally confused. “What am I doing wrong?”

One of my major complaints about the class, and I mentioned this to Irena was that lunch was far too late for me. We had lunch around 4:30 PM and I tend to eat every 3 hours! That’s just how my body is conditioned. However, this class began at 9 in the morning and we had a brief 20 minute break at about 1pm or so. I quickly had a banana, but clearly that wasn’t enough for me. Then you go for another 3 hours or so before you have lunch at 4:30 and you come back and continue going. For me, this caused a bit of a problem and it gave me a nasty headache. Bring plenty of food for that break because you will be expending plenty of energy in the training and you will need to replenish.

For the most part you’re doing some form of physical activity so you’re expending energy and the amount of time between feedings was just too much for this big baby here. She said that dancing salsa after lunch would be difficult, and that’s why it’s set up that way. Personally, I would suggest that you do salsa in the morning and then the rest in the evening. In fact, I’d rather take my chances dancing salsa on a full stomach! According to what most of the quieter participants said, I think this is a great area of opportunity. Feed us sooner! LOL.

At the end of class I had accidentally faced timed Irena and we spoke for a little bit. Also, we had a bit of a problem with my credit card, for some reason it was not going through on Jimmy’s computer so I promised that I would join the ZIN network when I got home. I called Jimmy and let him know that this was done.

Here are a few final tips:

If you get the training sooner, it’s going to be cheaper. If you have access to any jammers, or other ZIN, you may be able to get an additional discount. Reach out to high level Zumba people, they may be able to help you out.

Bring extra clothing as you will be breaking a sweat, and then sitting for some lectures, etc. I think I changed 3 times. But then again, I sweat like no one else does. Oddly, when you sweat and start to cool down, you’ll get cold, so have a sweater handy for the lectures.

Bring some food for that quick break. Especially if you are used to eating often, or have a rapid metabolism that will burn through your stored energy!

Bring a credit card as you’ll need it for ZIN registration.

Most of all have fun!

Zumba has been around for a while, and though other dance formats have tried to compete, Zumba is the queen right now. I think that they will probably remain the queen for a long time. As a fitness instructor I thought it was a good idea for me to get licensed in this format because I truly enjoy it, and it’s also way out of my comfort zone. It’s something that I’m terrified of doing, as such, challenge accepted!

If you have any questions do reach out!